I want to do a little followup on a pattern that I posted yesterday on the weekly stock pick, GORO. I showed a bullish expanding falling wedge as it’s most recent consolidation pattern. I know many of you are thinking, “I want some of what Rambus is smoking”. Where does he come up with some of these off the wall chart patterns? This bullish expanding falling wedge pattern seems to start off as some kind of H&S pattern where the head and the top of the right shoulder form the top rail. The bottom rail is formed from the right shoulder crotch, at the neckline, and the last reversal point is made from the low that is achieved from the breakout of the neckline. The common thread for this pattern is that the price objective of the H&S falls short making the last low higher than if the H&S reached it’s full price potential. These patterns are showing up on the weekly look that is less cluttered than the daily. A consolidation pattern shows the fight taking place between the bulls and the bears and the fight can take on many different patterns.The main thing to keep in mind is there has to be at least 4 reversal points within the top and bottom boundaries to qualify as a consolidation pattern. Sometimes the boundaries of the consolidation pattern slope up, sometimes horizontal, some slope down and in this case they expand. So lets look at some of these patterns in real time and see if this is just an isolated incident on GORO. First we’ll look at the GORO weekly chart from last night as a template. 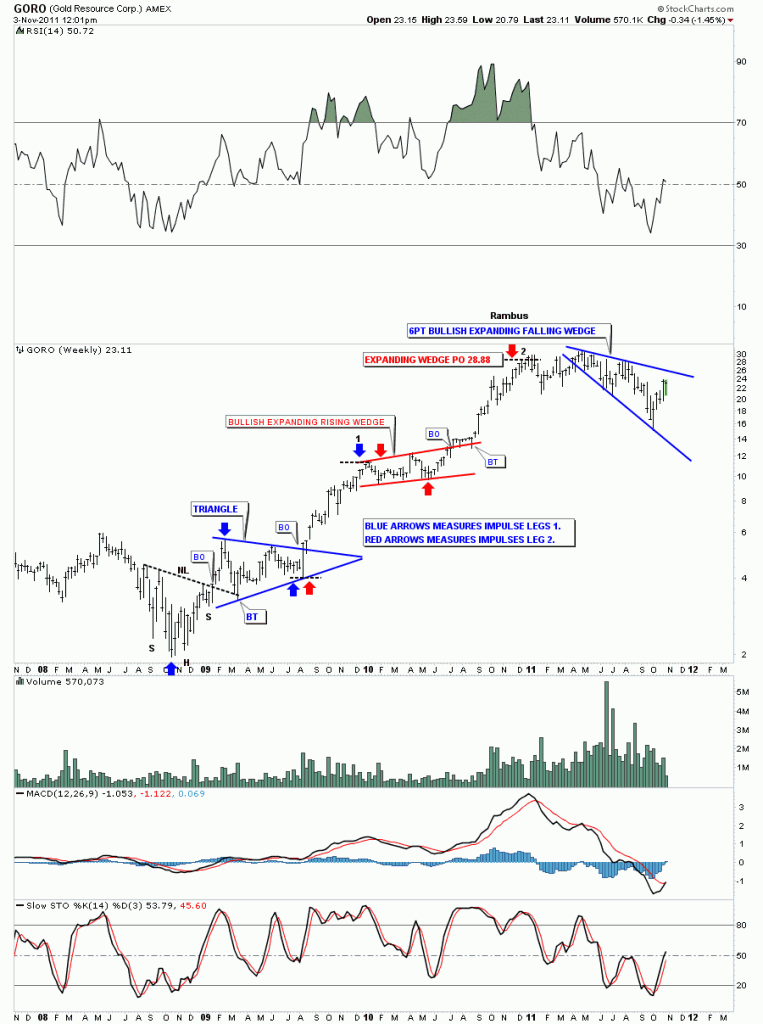 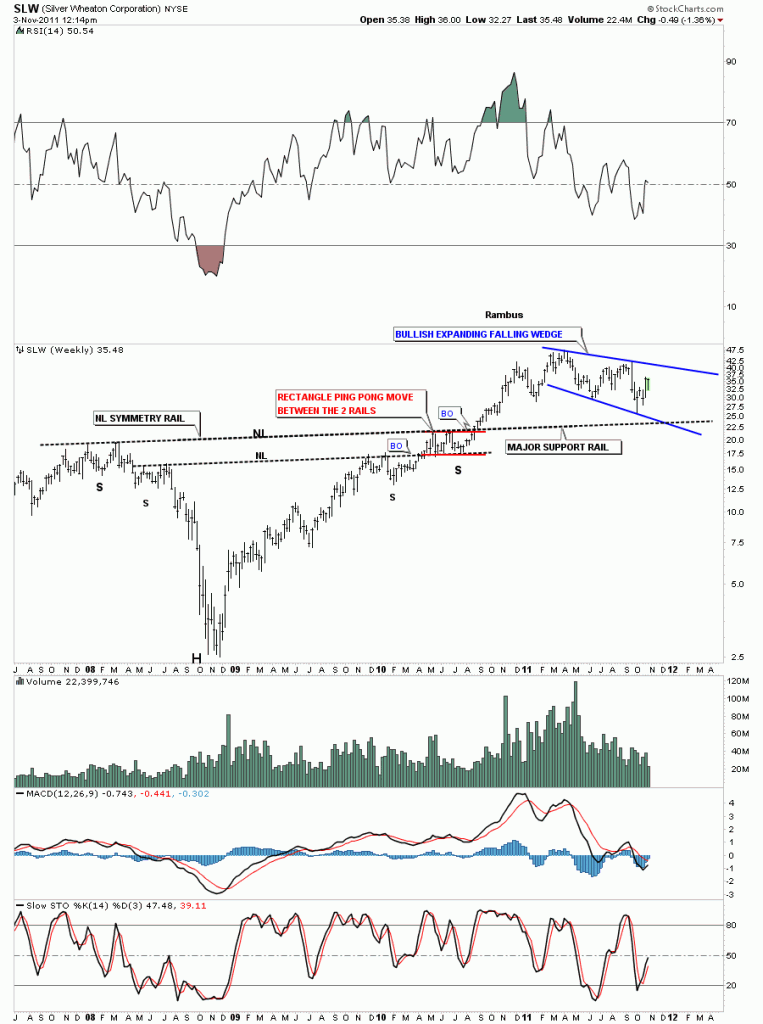 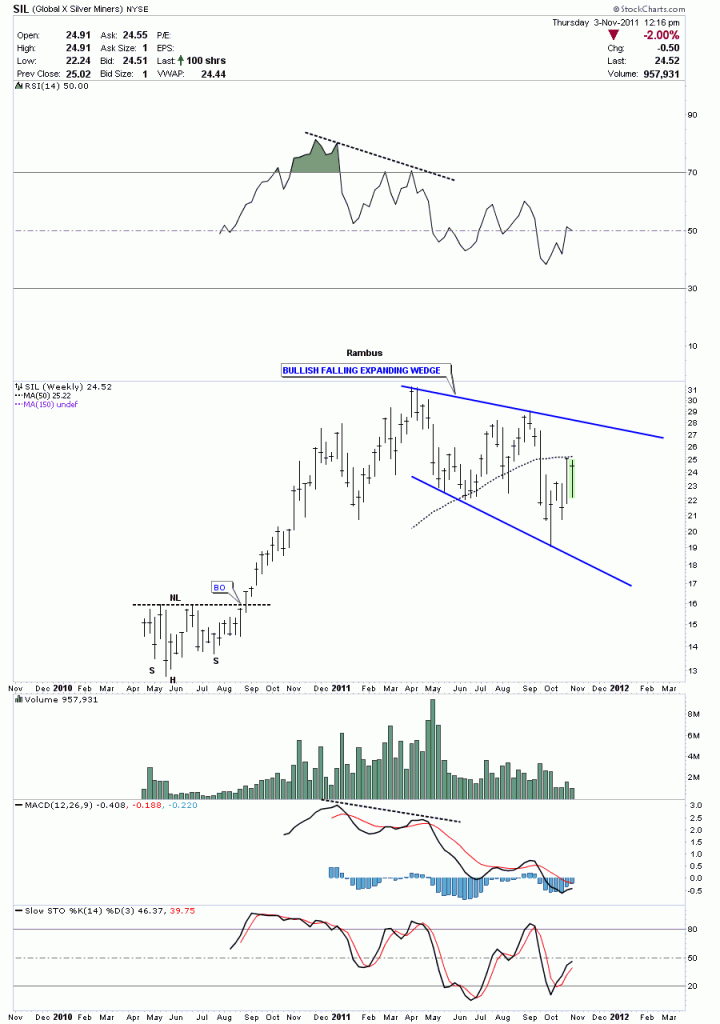 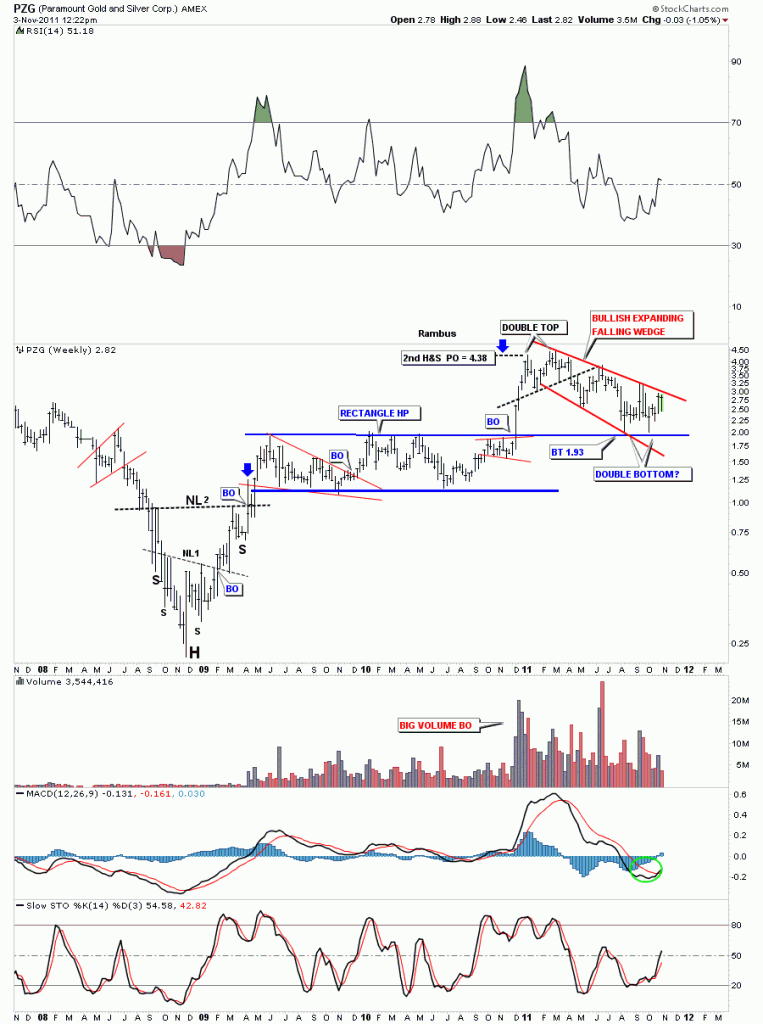 I could show many more bullish expanding falling wedges but I think you can see they are a fairly common consolidation pattern during our latest one year correction. During the next big correction the prevalent consolidation pattern might be a triangle or rectangle or whatever pattern the bulls and the bears create during their fight for superiority. The reason there are so many bullish expanding falling wedges has to do with one of the precious metals stock indexes, the XAU. 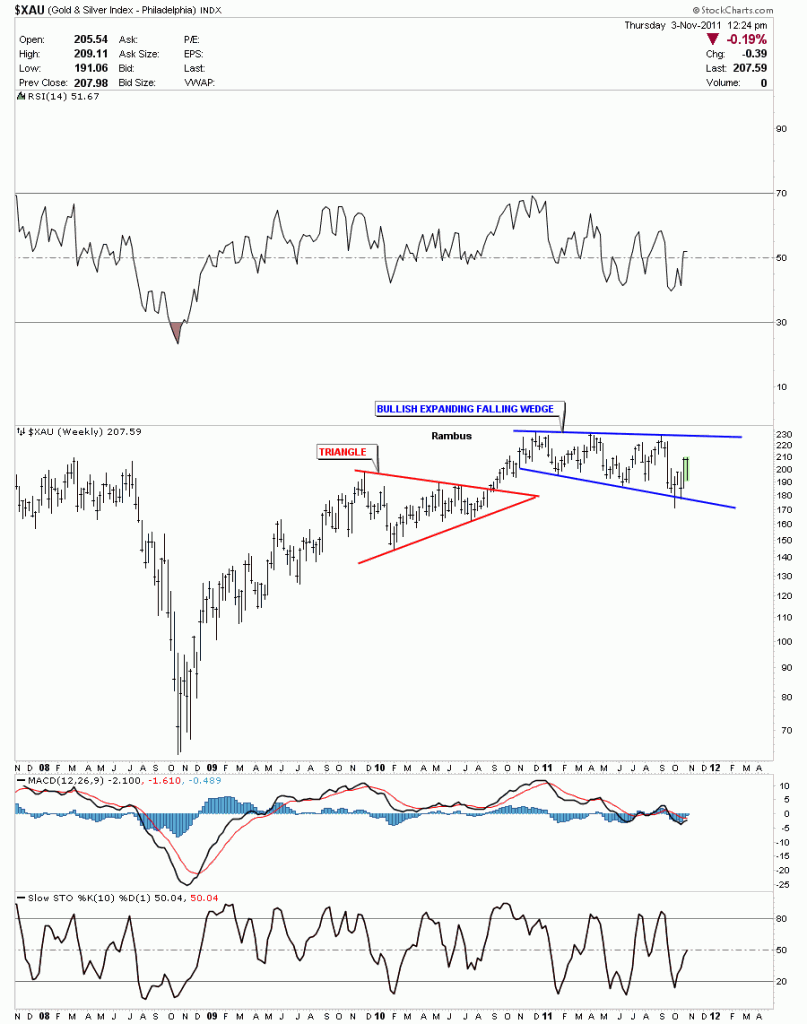