Below is the 30 minute chart for SLV that I showed earlier this morning. I just wanted to show you in real time how a breakout and backtest work. I’ve put on a green circle so you can zero in on this mornings breakout of the right shoulder bear flag and then the backtest to the underside of the rail. Once an important rail is broken it will reverse it’s role. In this case the bottom rail of the bear flag held support during it’s formation and then this morning when we broke thru, it reversed it’s role and acted as resistance. This is a fundamental function of support and resistance. Its all based on psychology.

SLV breakout of the bear flag rt shoulder with backtest. 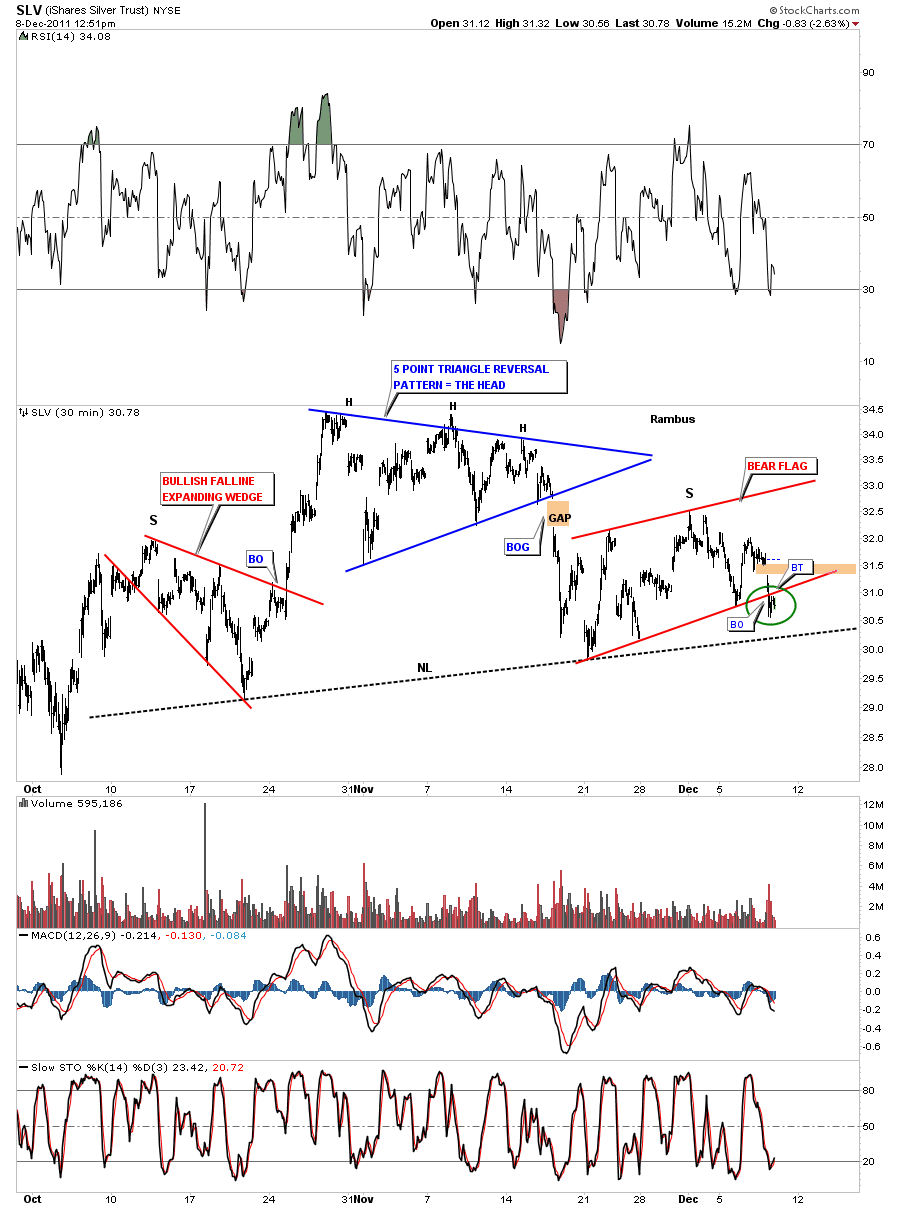