We were on a great run in 2008 and Rambus was hot…and bullish…making one great PO after another…then suddenly he turned bearish and Many scoffed at him….here is one of his charts from that era…just to show you …he projected HUI 145….I though he was a raving lunatic !! HUI dropped to 149 shortly thereafter ! 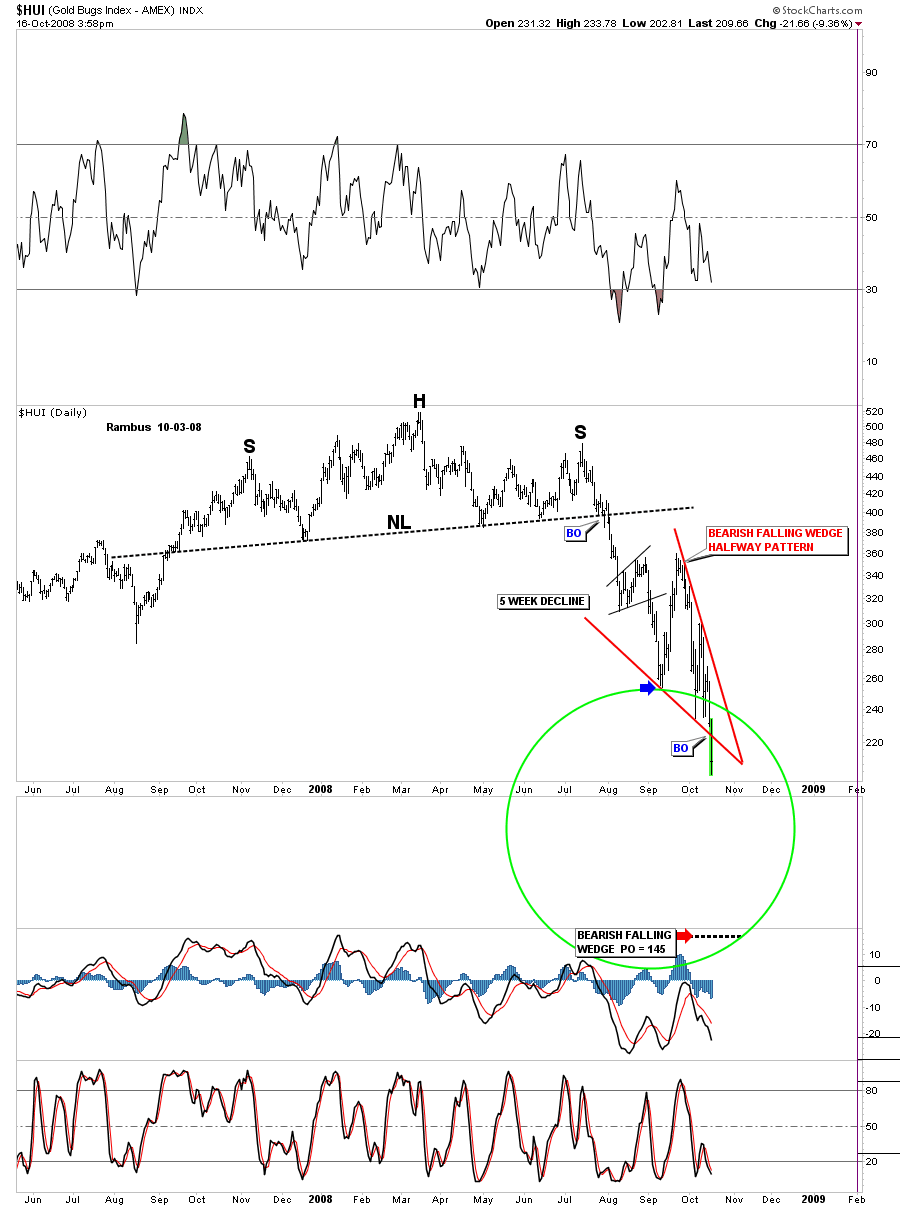 and here is what happened 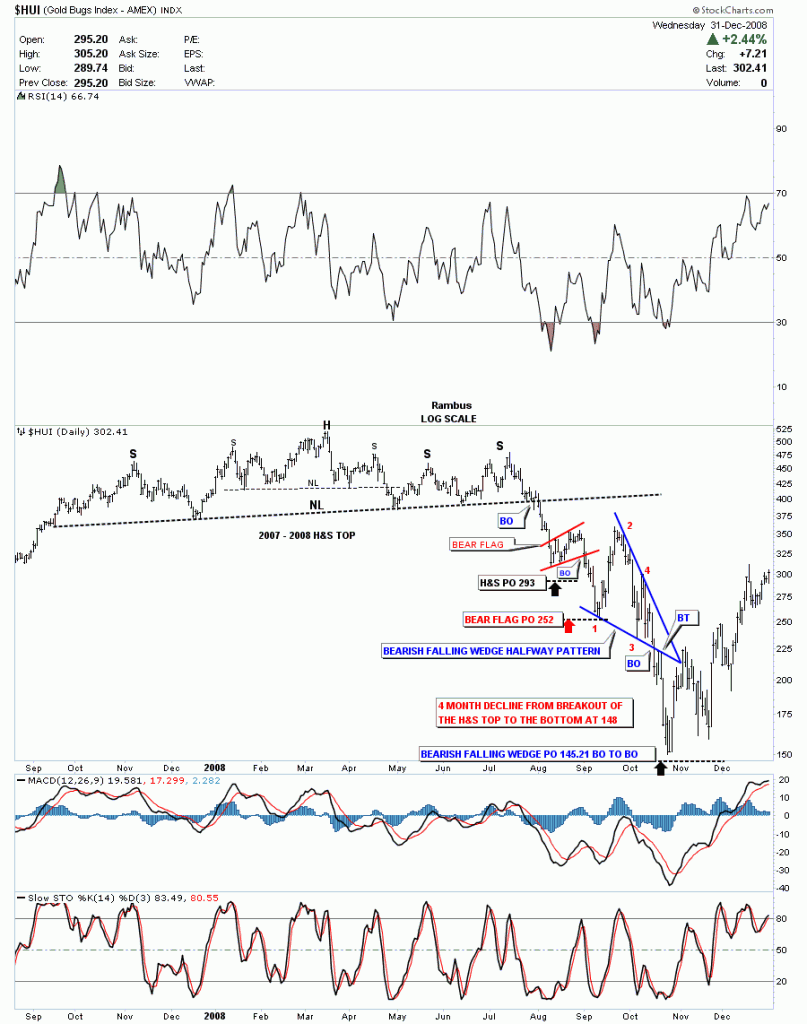 and how about this ONE for Perfection….sheesh Rambus ! 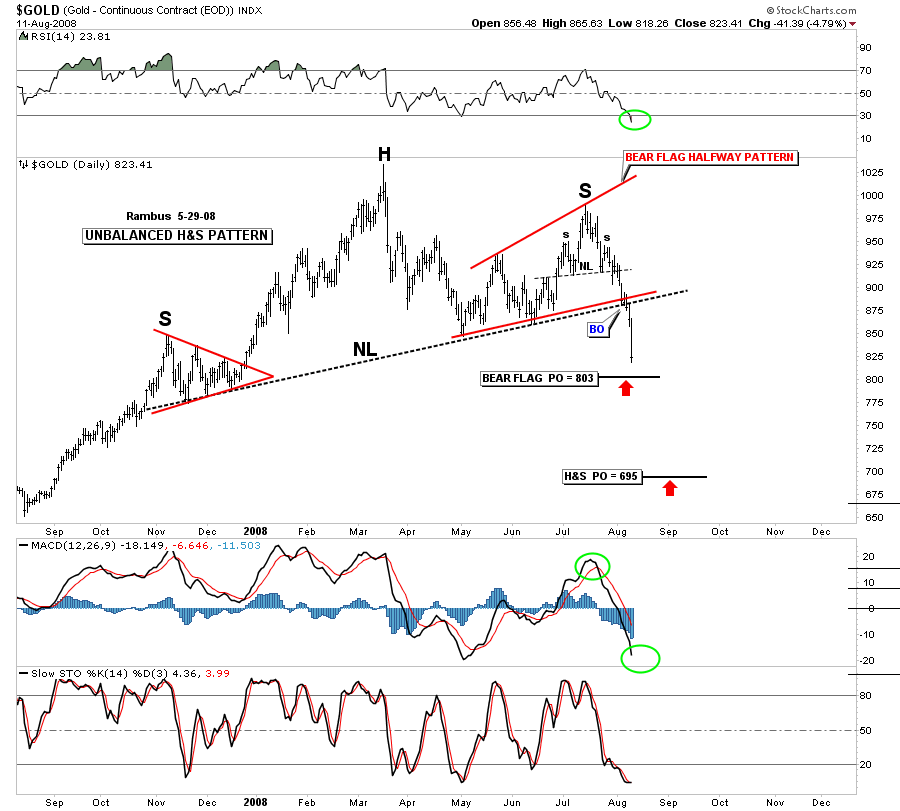 Then there’s this chart of Oil calling for 35 after a parabolic move to 145 ! Which is exactly where it went ! 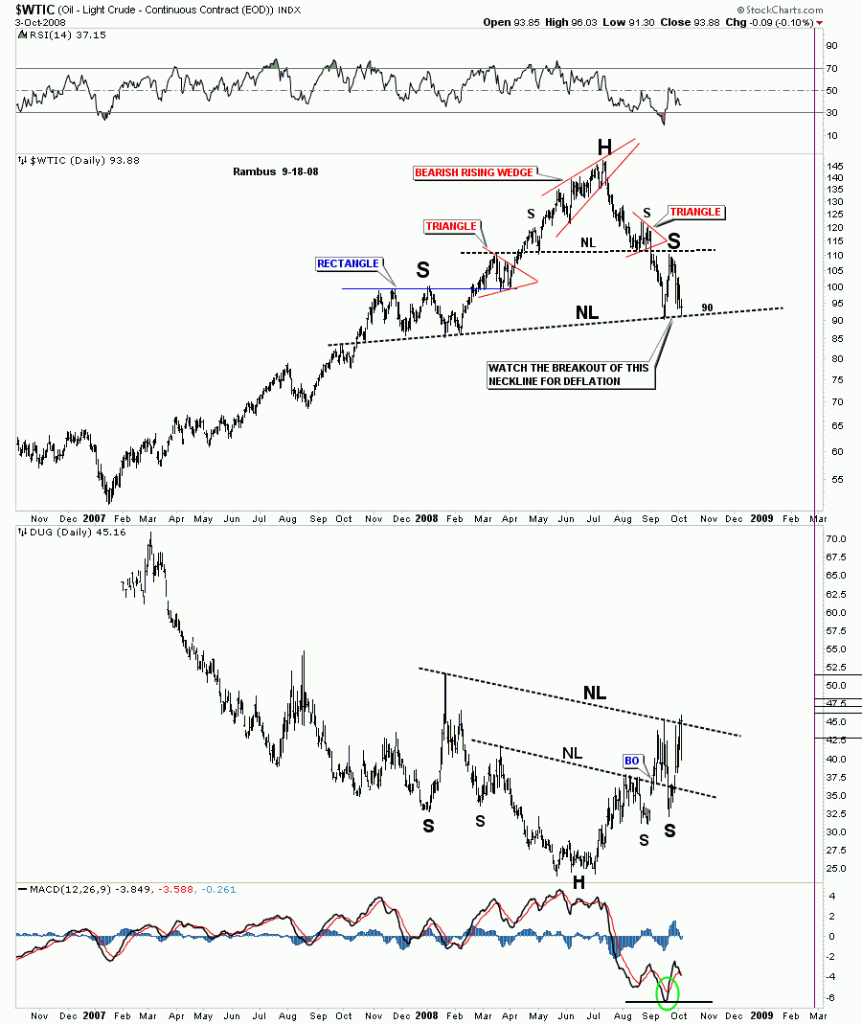 Rambus Quote from the 2008 era

I just want to say the reason I haven’t posted much lately is because I know I am in the small minority here and you all don’t need somebody with a bearish mindset to make you feel insecure about your long term positions. It isn’t about being right or wrong for me, about keeping it true. If the market changes I have to change or I will get left behind or trapped in a position that will be hard to recover from. I know most here are long term bulls with a long term look at things so until the market changes to the more positive side I will just post once a week or if something important happens to bring it to your attention.
All the best…Rambus