Oil has been carving out a very symmetrical H&S consolidation pattern over the last year. Resistance at the neckline was taken out 2 days ago. It looks like 103 would be a good place for backtest. There are pretty patterns and then there are really pretty patterns. Oil has created a very symmetrical H&S consolidation pattern with both the left and right shoulders each having 2 shoulders. You can see the right shoulder is a flat top triangle or ascending triangle where the bottom rail rises as investors want to get in before the last bottom thus creating a bullish picture of rising bottoms. As with any pattern you never know which way its going to breakout until the breakout takes place. With oil it looks like the breakout is now underway. There are several etf’s to play the oil market if one is so inclined. Note how both left and right shoulders held above the double hump. 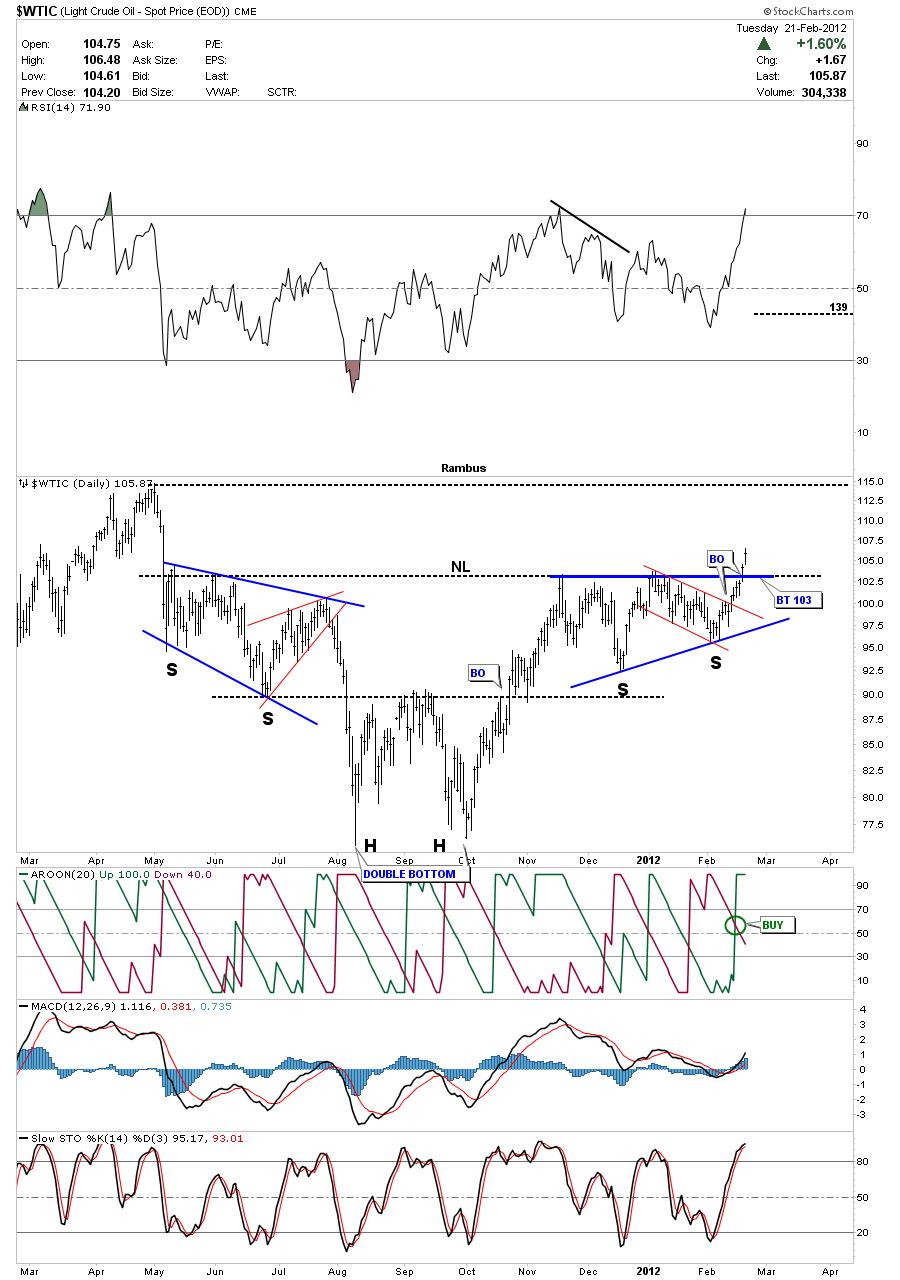