I have been following MSFT for many years. It was a star performer during the tech bull market of the 90’s. As you can see on the monthly chart below MSFT has been in a very large bullish falling wedge for over 10 years or so. Note the little red triangle that has formed just below the top blue rail of the bullish falling wedge. As I have shown you in the past whenever you get a smaller pattern that forms just below the top trendline of a bigger pattern that is usually a bullish setup. It looks like the breakout and backtest is drawing to a close and the first real upleg in over 10 years maybe just around the corner. Instructions on chart below. 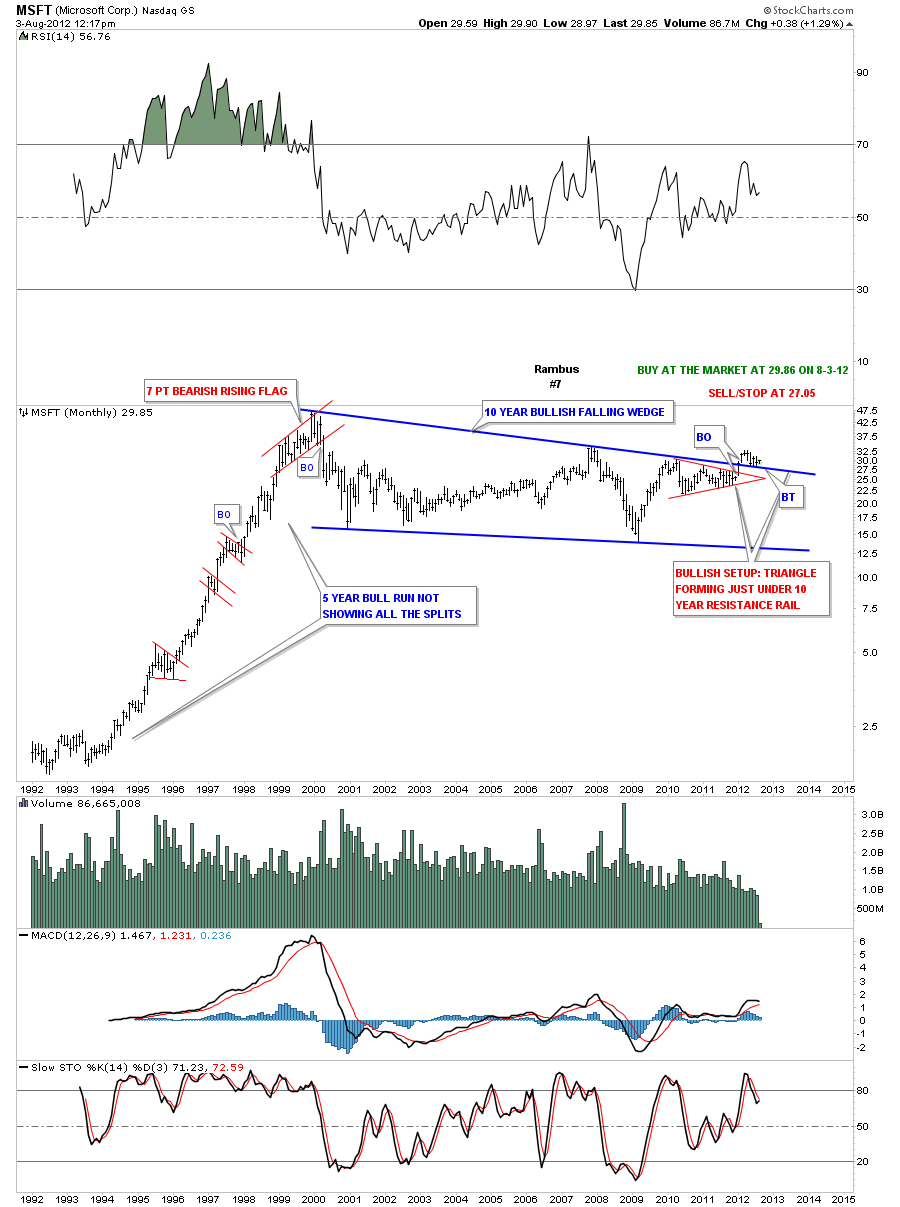