First, lets look at SLV that shows the bull flag we’ve been following since SLV  broke out from the 5 point rectangle reversal pattern. Yesterday the price action hit the top blue rail and fell back, just as you would expect on the inital hit. The question was how many bears were on the other side of that top blue rail? Today answered that question without a doubt. The big gap up this morning told us the bears were gone and they are now in retreat looking for new high ground they will try to defend. Below is a 2 hour 4 month chart for SLV that shows the breakout today and the backtest. 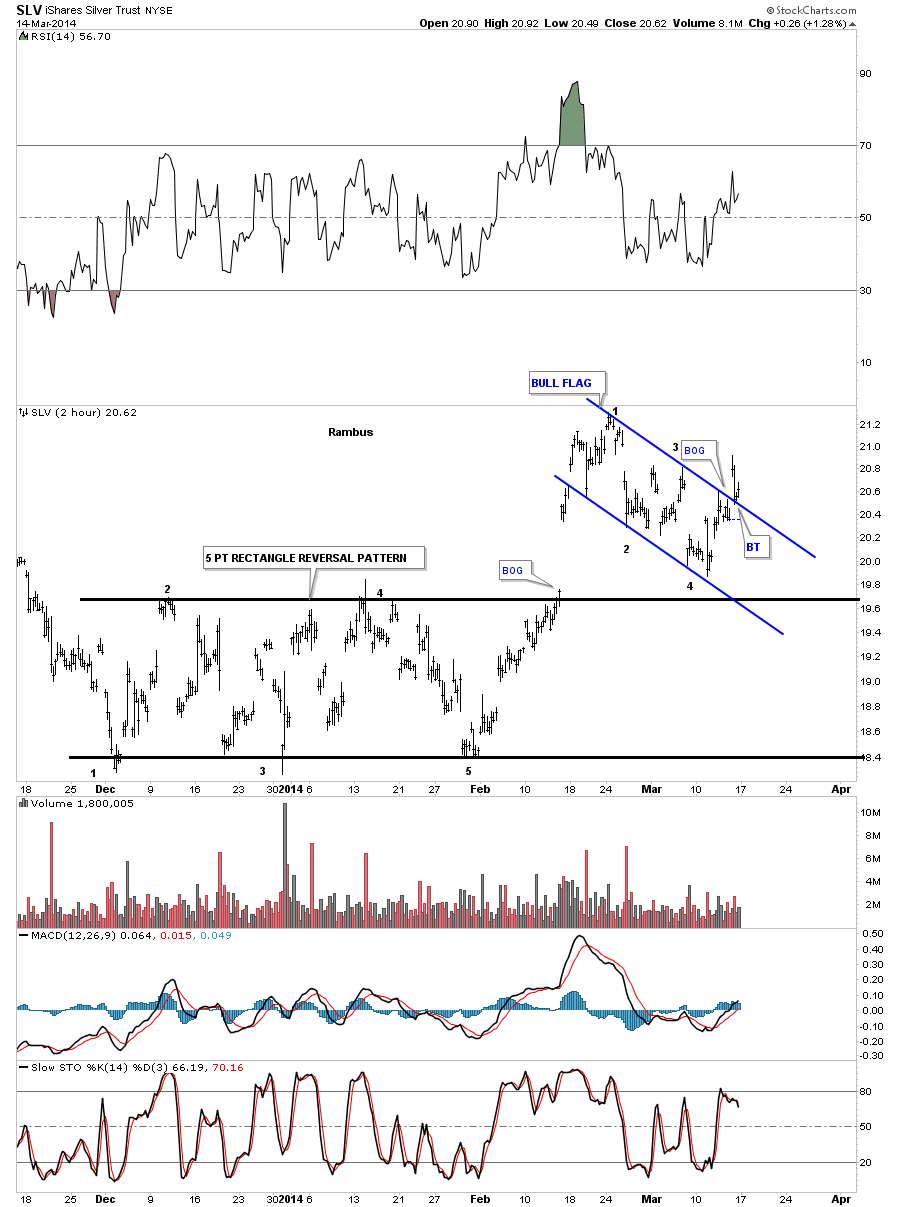 Today GLD gapped above the top rail of it bullish rising flag consolidation pattern and did its backtest just as SLV did. 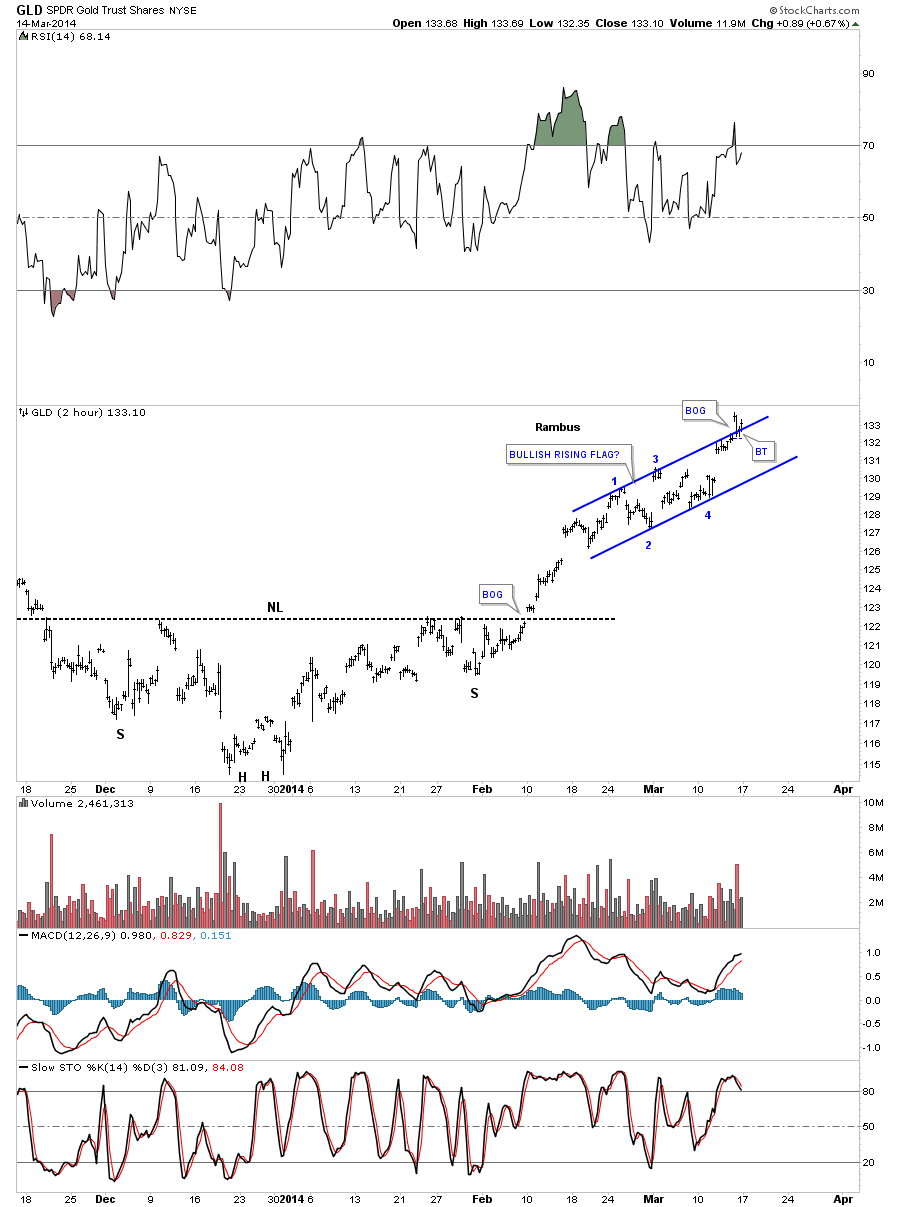 Below is a 2 hour 5 month chart for the HUI. The last time I showed you this chart we were looking for the 6th reversal point as shown by the 6 with a question mark. As you can see the HUI rallied back up to the top blue rail and declined back down about half the length of the rectangle where it found support. That’s all the strength the bears had left so the bulls wasted little time in taking control of the situation. The bears are exhausted and need a new area to defend.  The bulls gapped out of the rectangle and are now above horizontal resistance. Folks, from a Chartology perspective, it just doesn’t get any prettier. At some point we’re going to see a consolidation pattern form that will be much bigger than these little ones that have built out so far.

If you recall I mentioned how we were reversing symmetry backup vs how we came down. With more time on this chart now you can begin to see the reverse symmetry taking hold as this rally progresses. I’ve labeled all the reversal points so you can see the battle that goes on between the bulls and the bears. Each reversal point is a skirmish and when the consolidation pattern finally breaks, to the victor goes the spoils. You can see the bears were in control on the way down but since the blue 5 point bullish falling wedge reversal pattern broke to the upside the bulls are now in control. 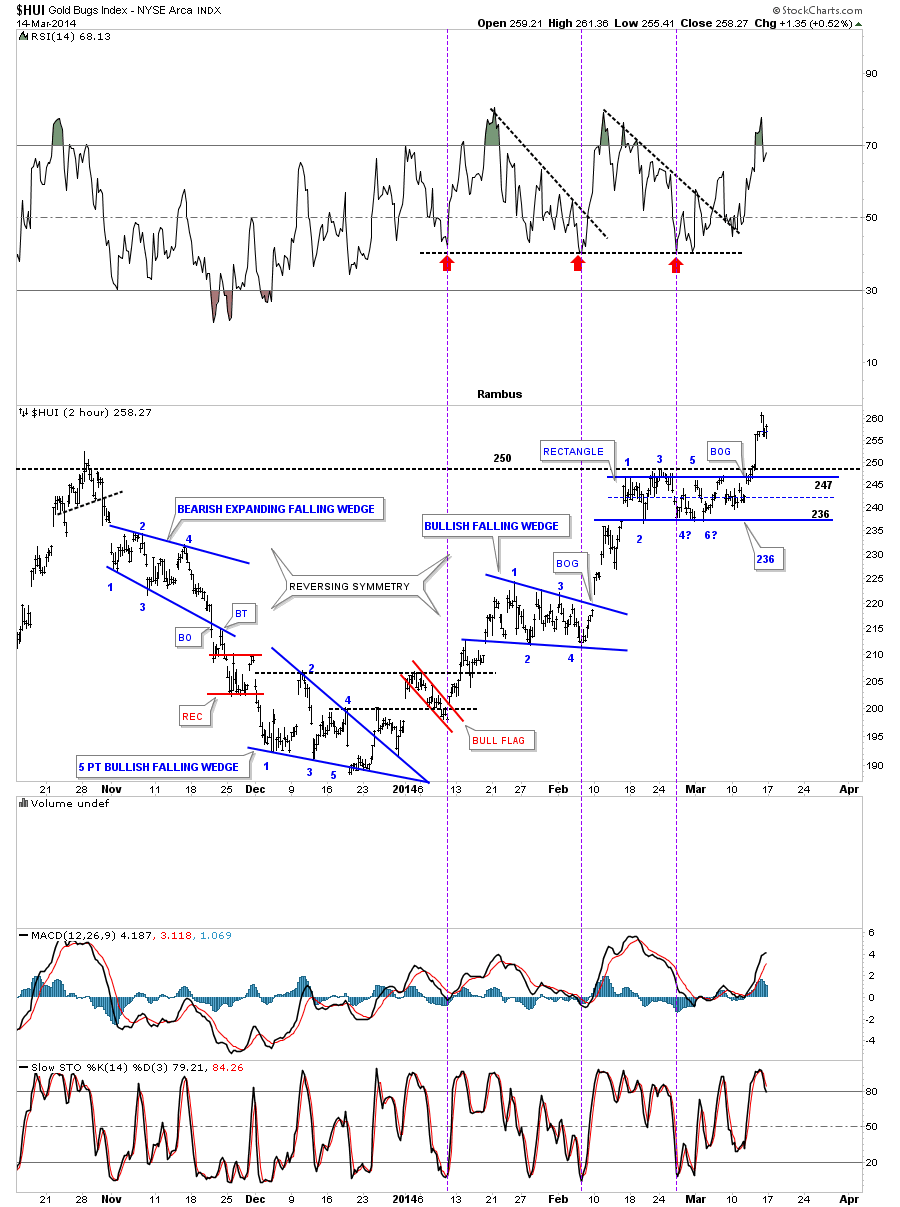 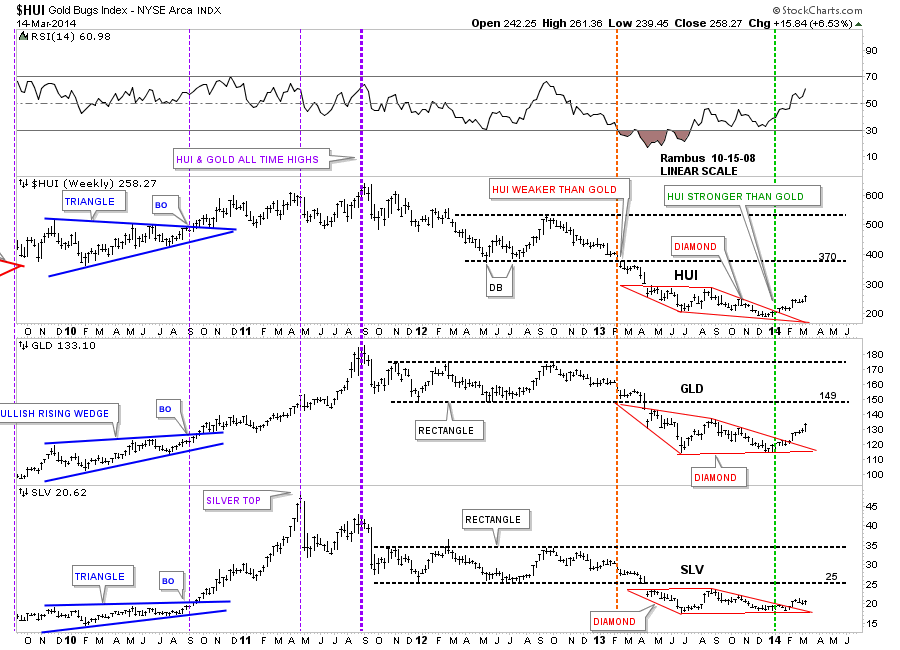 In my humble opinion you can spend every waking minute trying to figure out why is gold and and PM stocks going up. Is it because of inflation, deflation, copper, the stock markets, currencies , War or a hundred different reason’s? If you just follow the price action and devote the time spent trying to find a reason for why, you will be way ahead of the game. You don’t have to know the answer to the question everybody is trying to answer. It’s irrelevant. The answer is right there in front of you if you take the time to understand what the chart is telling you. All the best…Rambus