It’s official. Silver has put in its fourth reversal point this week when it touched the bottom rail of its nine month triangle at 19.22. As you can see on the chart below silver has gotten a small bounce off the bottom blue rail. This is exactly what we want to see on the initial hit. This shows us the bottom rail is hot and we now know exactly where the bottom rail goes. Before Tuesday’s touch of the bottom rail it could have been drawn in several different ways. Now the big question is how far does this bounce go? There are four lines of resistance silver has to overcome to breakout to the topside. You have both red rails of the bear flag, the top rail of the rectangle and then the top rail of the big blue triangle. You can tell this triangle is maturing as the price action is starting to trade out into the apex. Normally you”d like to see a breakout at about 2/3’s the length of the triangle. 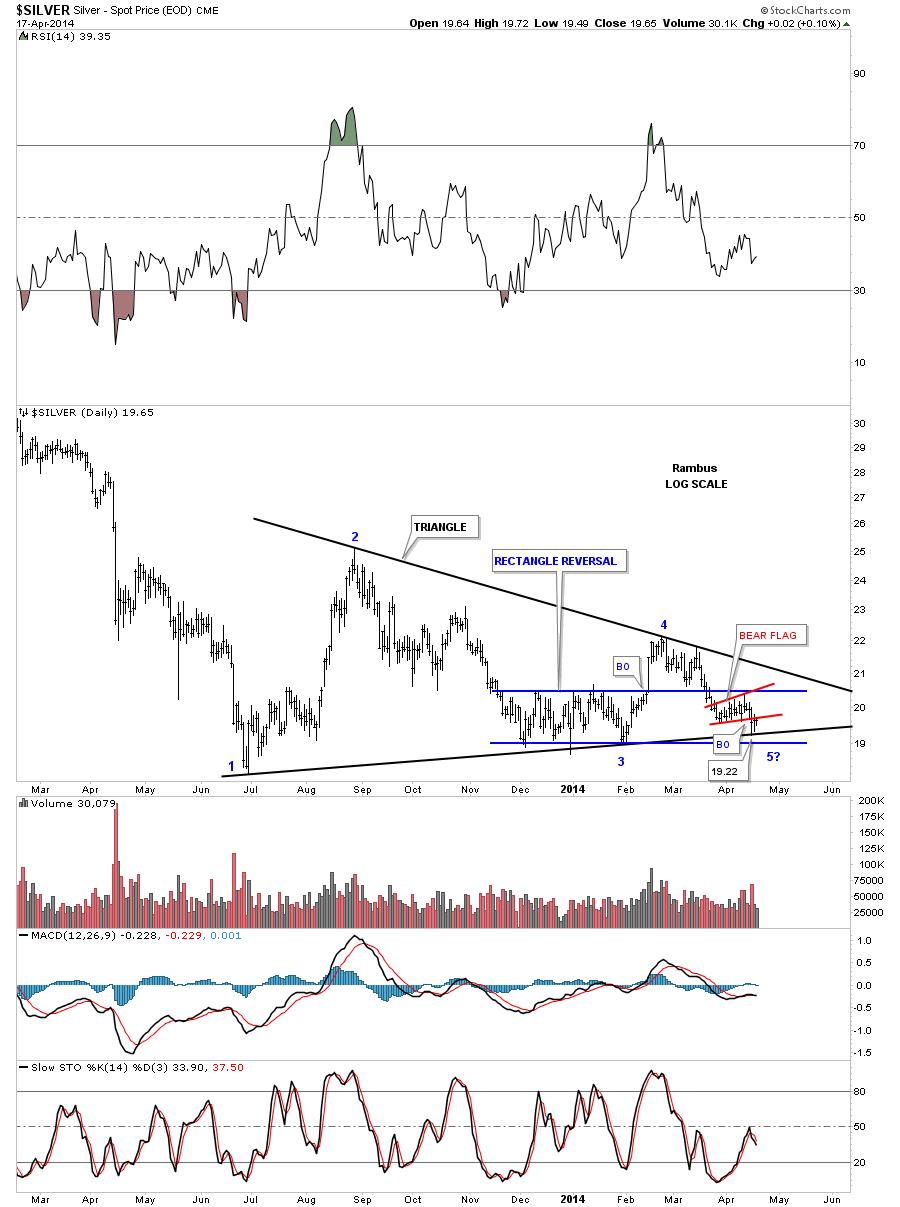 I don’t think there isn’t anyone out there that is looking at this massive H&S top, for silver and gold for that matter, except me and members of Rambus Chartology. It really is a very beautiful and symmetrical H&S top complete with the unbalanced double top that made the head after the parabolic run into April of 2011. That unbalanced double top is pretty common with blow off moves. There is also the neckline symmetry rail that so far has shown us the height for the right shoulder. 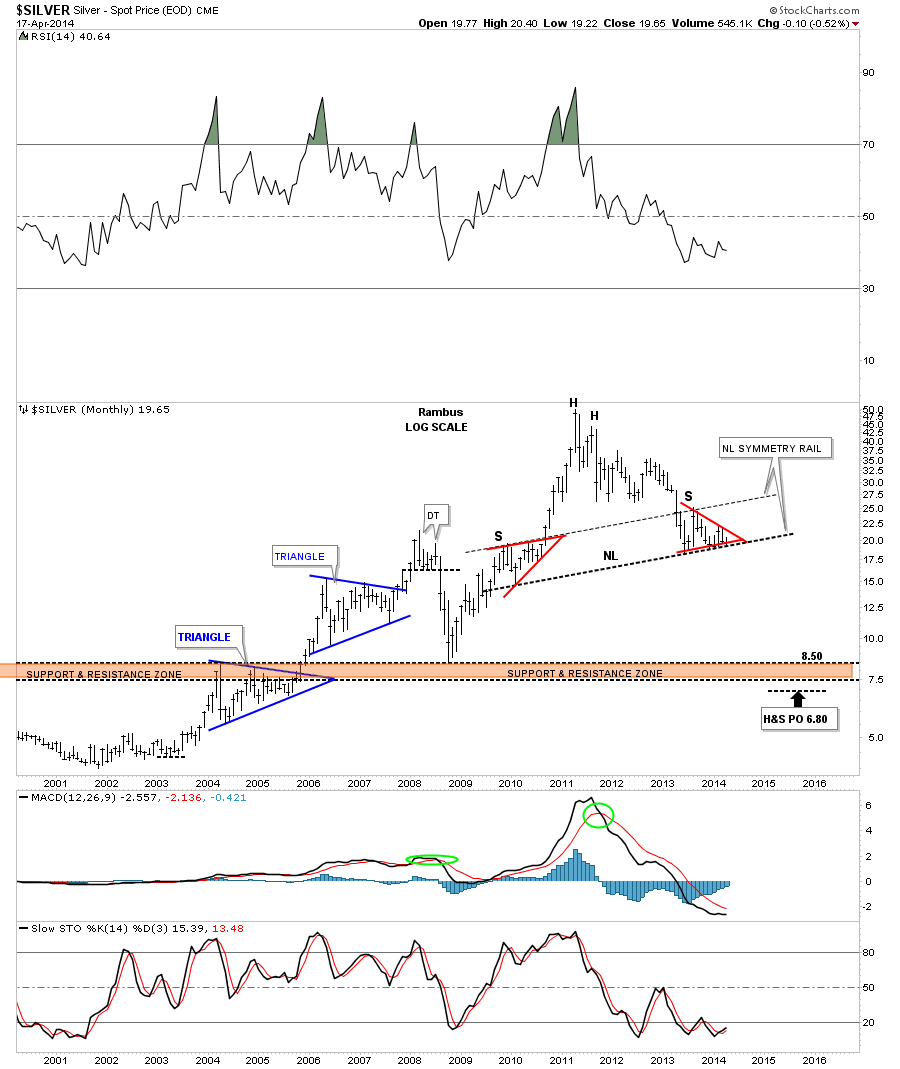 I hope everyone enjoys their Easter break. All the best…Rambus