Since the all important low that the precious metals complex made last November SLV has built out a H&S consolidation pattern. It’s not the prettiest one I’ve ever seen but all the pieces are there. SLV looks like it’s completing the second right shoulder by breaking down from a small H&S top today. As you can see there are two left shoulders and two right shoulders with a big fat neckline, brown shaded area, as the lows were not even. Nevertheless that brown shaded S&R zone shows all the lows that were made since the November low and if SLV breaks below the brown shaded S&R zone/neckline it will reverse its role to what had been support  for 7 months to resistance. 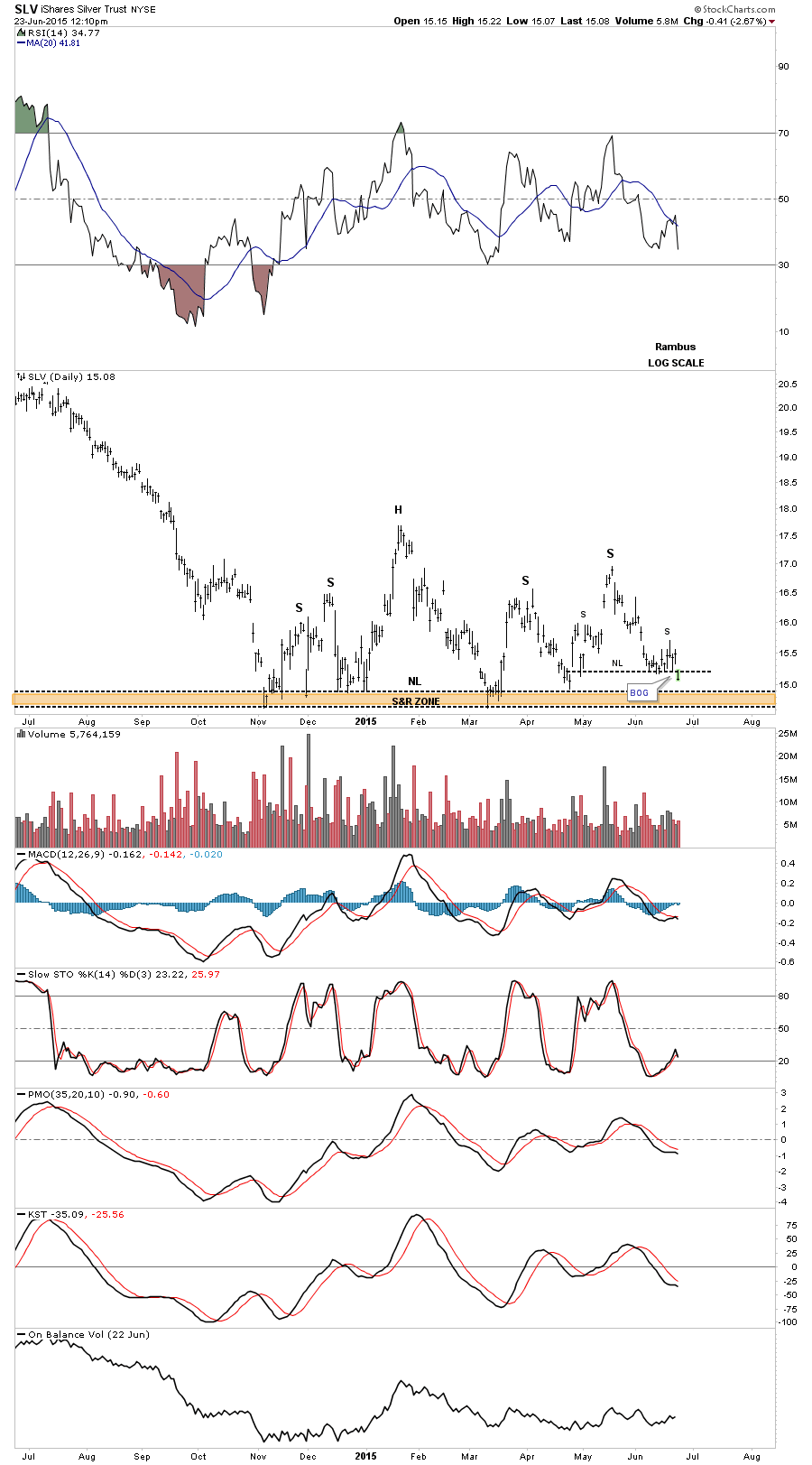 Below is the long term monthly chart we’ve been following for several years now. This daily H&S consolidation pattern has formed as the backtest to the bottom rail of the blue triangle and the neckline of a much bigger H&S top. It has taken almost a year now since SLV broke below the bottom rail of the blue triangle to compete the backtesting process. Big patterns take lots of time to completed all the work during the breaking out and backtesting sequence. Step by step the job is getting completed. 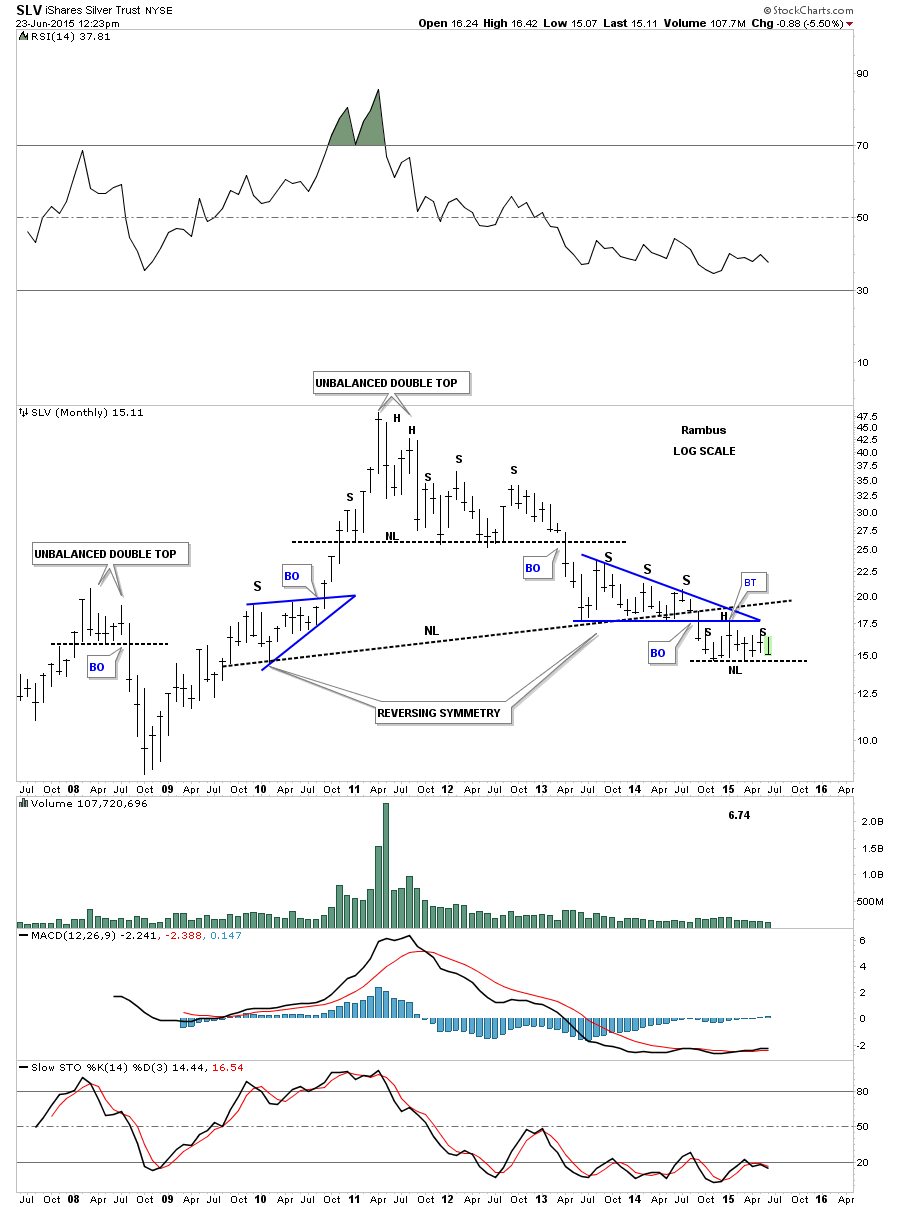