The GDXJ is at an important inflection point right here and now. As you can see it’s sitting right on the neckline of a small H&S top that has formed at the fourth reversal point on the potential bearish falling wedge. A break of the neckline will almost assure a move down to the bottom blue rail of the falling wedge at a minimum. 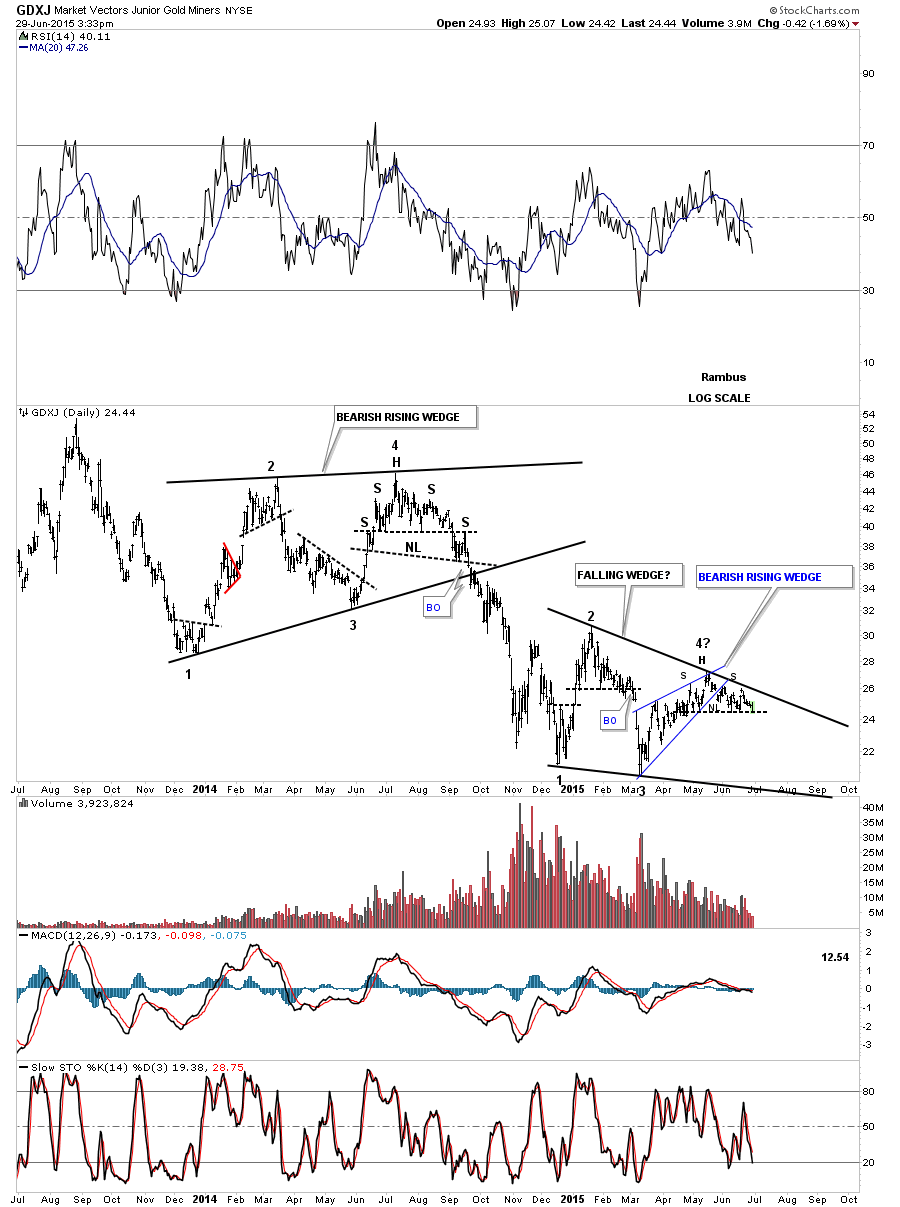 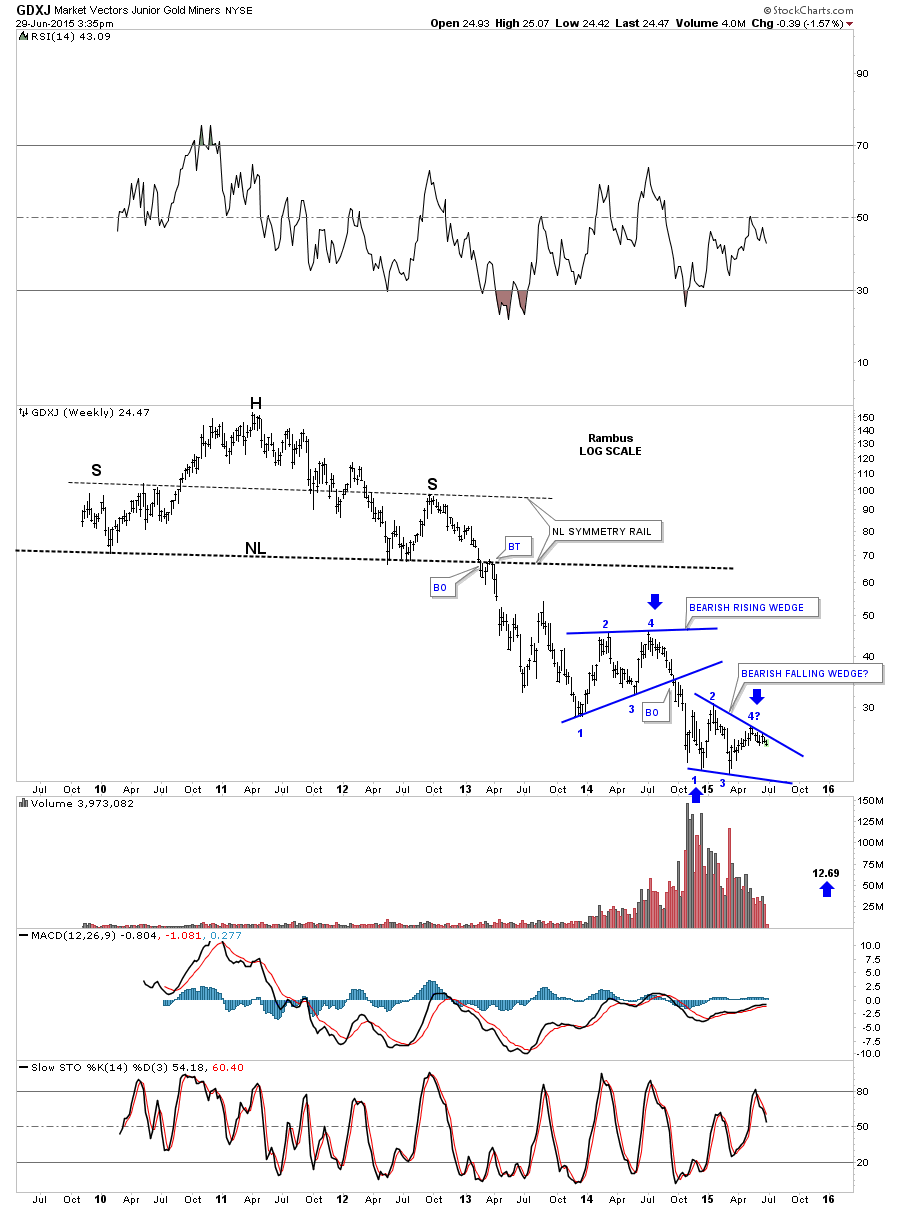 The daily chart for the GDX shows it has now broken below the bottom rail of the black triangle using the bar chart. Notice it formed a small H&S top at its fourth reversal point similar to what the GDXJ is doing right now. When you compare this daily chart for the GDX to the GDXJ chart above the GDX big caps are leading the way lower. Maybe the small caps will play catch up as they are lower on a percentage basis today. 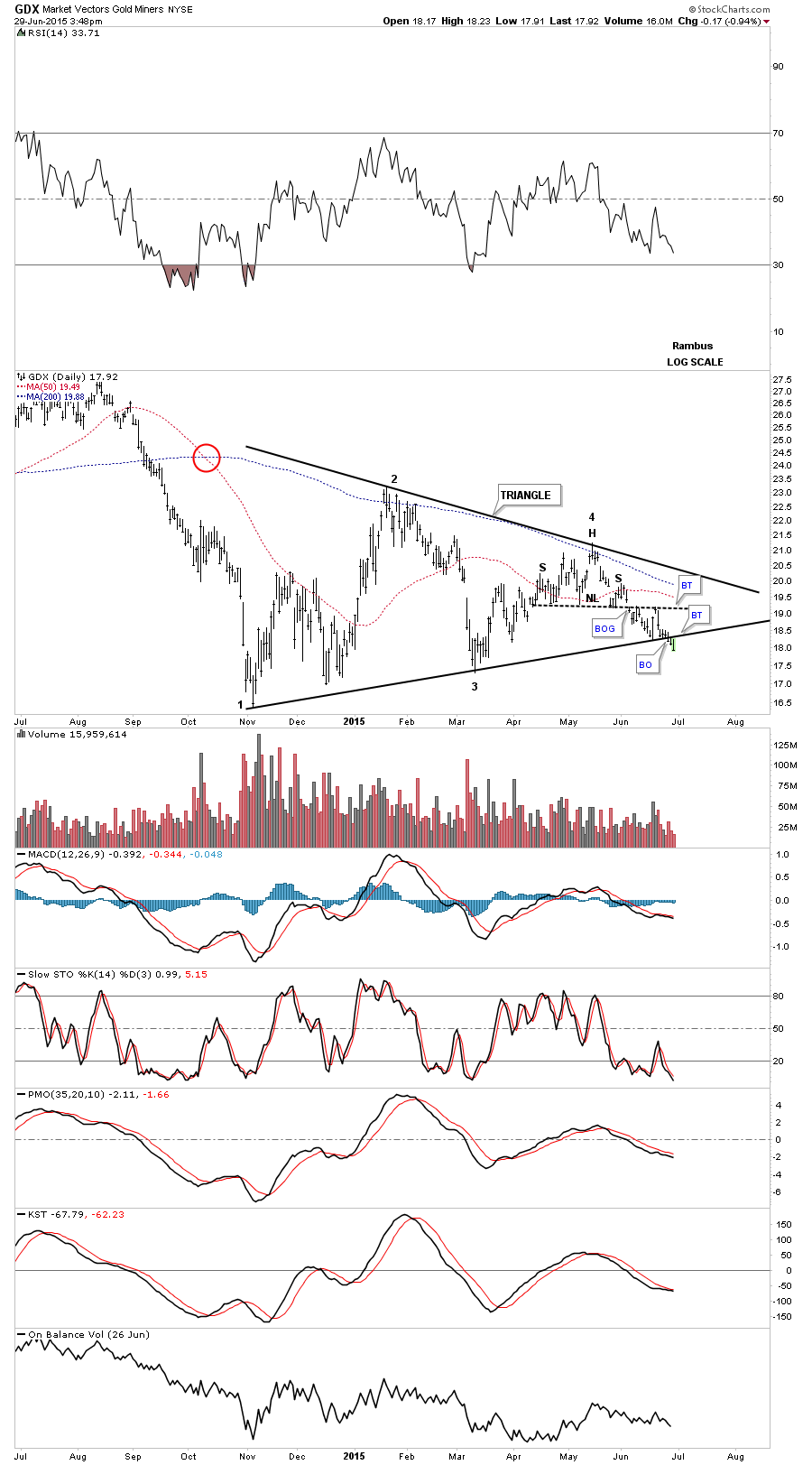