Below is the weekly chart we’ve been following very closely which shows the ping pong move taking place between the top rail of the three year expanding downtrend channel and the top rail of the blue expanding triangle. Today the HUI is breaking above the top rail of the expanding downtrend channel offering another clue that the bull market is alive and well. Simple charts like this can add a mountain of evidence to the big picture analysis which is what we want to see for more confirmation. As long as we keep getting confirmation from different areas of Chartology and inter market studies we looked at in the Wednesday Report you only have to fear is fear itself.

I know there are a lot of folks that are frozen in the headlights right now not knowing what to do. It’s never easy to switch ones opinion that may have been in place for literally years. The Chartology is strongly suggesting that a change is taking place right here and now not because of what some analysis is saying but it’s what the charts are saying that matters the most. Everything is locked up in the price action from fundamentals, Elliot Waves, cycles you name it and it’s on the chart. It’s the discipline of what technique you use to unlock what the charts are saying. I just so happen to like Chartology but the other disciplines work well for those folks that understand how they work. Keep an open mind to any eventuality and use whatever discipline suits you as an investor. 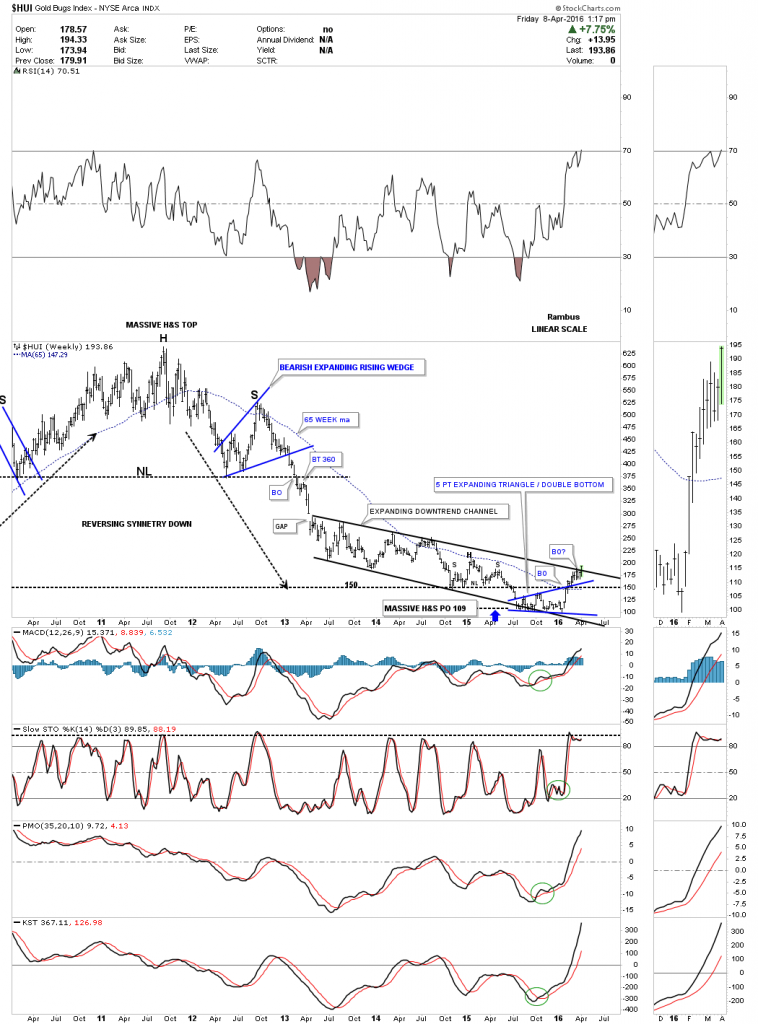