Below is a daily chart we’ve been following which shows the six point flat bottom expanding triangle consolidation pattern. The top rail may look a little sloppy but there is a reason for that. First, note the big breakout gap that was accompanied by a very large increase in volume and then the first backtest several days later. It’s always important to adjust your trendlines when you get new information in case there is another backtest or pull back later down the road. So the top rail reflects the backtest point which then defined the top rail. As you can see GLD started to rally which looked like the impulse move was beginning but it had one more backtest it needed to do to put doubt and fear into investors. As you can see the second backtest was just a tad sloppy but held nicely.

Everyone is talking about how overbought the PM complex is right now and it has to rest before it can go higher. What this six point bullish expanding flat bottom triangle is telling us that the correction has been taking place for six months already and the consolidation pattern is finished building out and the next impulse move higher is just beginning. More confirmation will be when GLD takes out the previous high made on the initial breakout. Take a second and look at this chart and try and understand what it really means for the PM sector. Remember we’re in a new bull market and each consolidation phase will have a bullish outcome. Doing nothing can be the hardest part of trading sometimes. 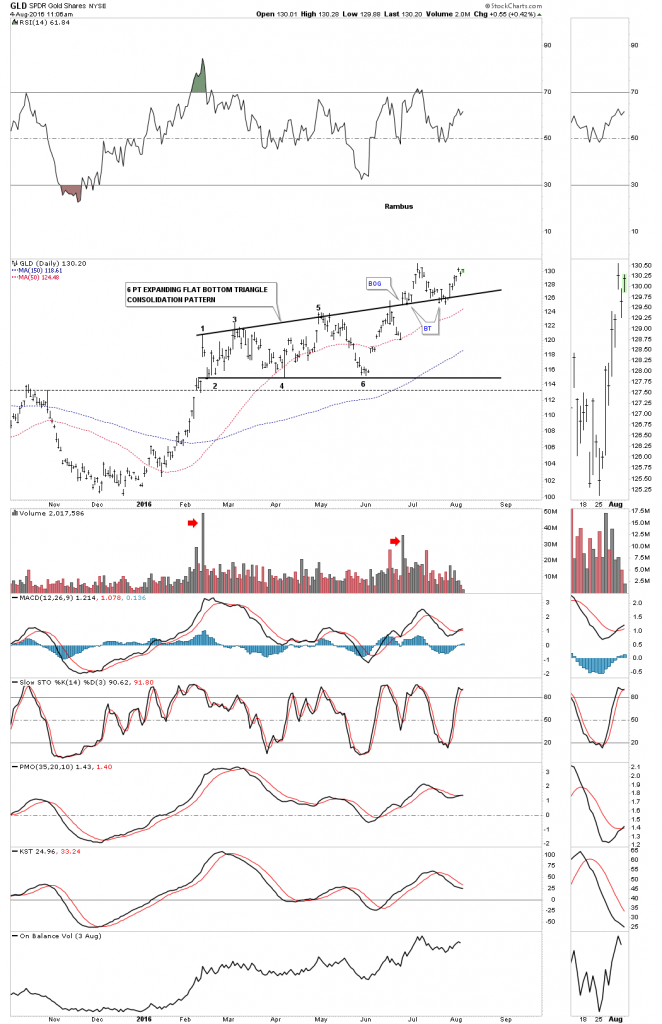