The stock markets have finally arrived at the dreaded month of October when investors begin to look for the markets to crash and burn. Some of the biggest crashes on record have occurred in October so it’s understandable why investors fear this month. For the most part though, October can mark an important low after weakness leading into this fearful month. 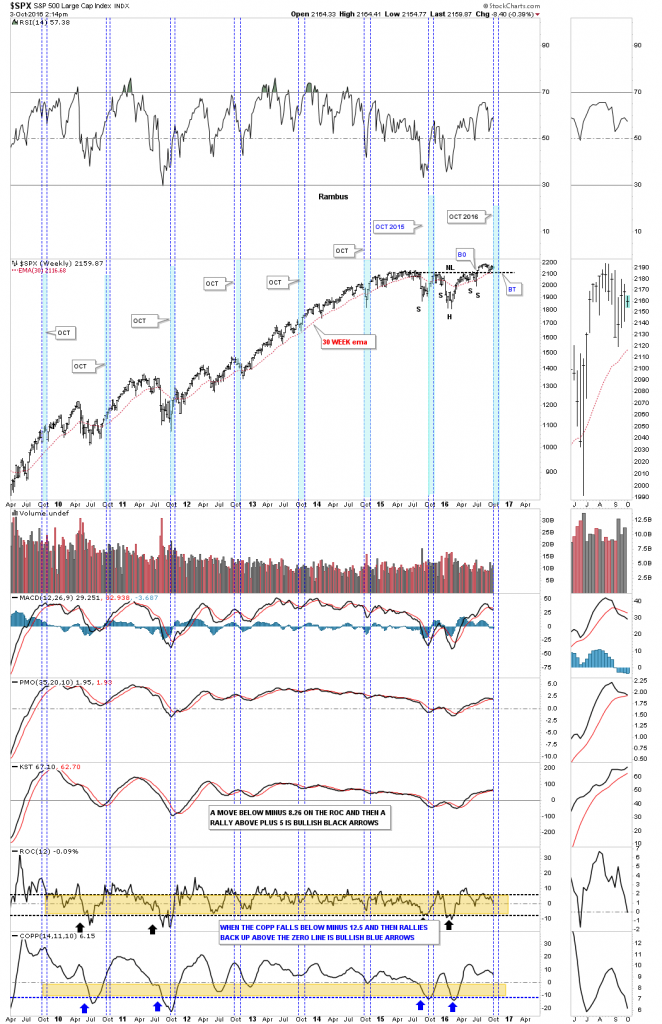