The internet is slower than molasses in January and hard to annotate charts, but I got a few updated. Below is the combo chart for the PM complex we’ve been following which shows the dominate pattern being the triangle consolidation pattern. Just before I left the price action was breaking out below the bottom rail and I was looking for a possible backtest to the underside to take one last position. Some had a complete backtest but others didn’t. If you were lucky enough to get that last position great job.

GLD has been the strongest in the PM  complex but today it’s joining the party to the downside gapping below the bottom rail of its bearish rising wedge. Before I left I showed a possible double top forming on SLV with a double top neckline which was tentative. Monday the price action broke below that potential double top trendline which is strongly suggesting the double top is in place. I still left a couple of untouched charts at the bottom of the combo chart which still shows the possible H&S bottom that a lot of PM investors believe is still working out. Again, if you see the low of the right shoulder violated that is a very strong warning the H&S pattern has failed.

After 4 months of waiting SLV is cracking the bottom rail of its 6 point diamond consolidation pattern. 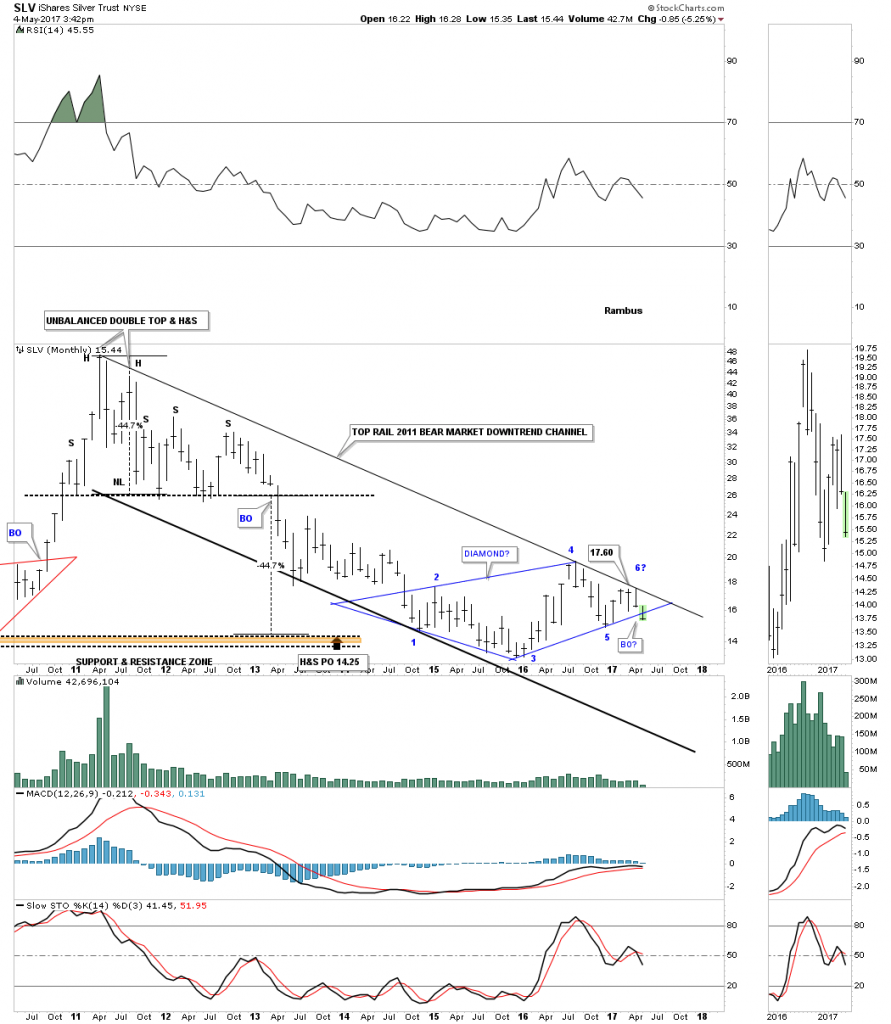 One last chart for SLV which shows the bear market downtrend channel with the diamond consolidation pattern.

I just want to thank Sir Plunger for his excellent Weekend and Wednesday reports along with Sir Fullgoldcrown for keeping everything under control. All the best…Rambus 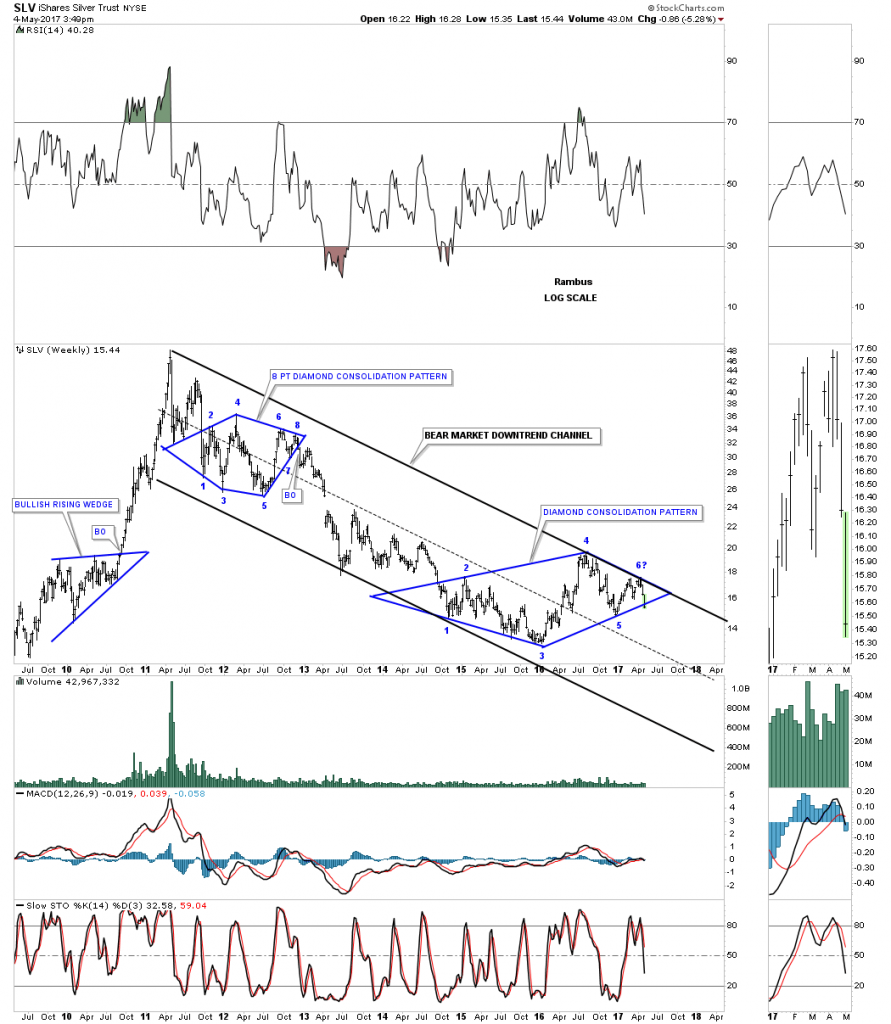