I seen a lot of disappointment today at the forum on the volatility with NVO.V and the rest of the NOVO related stocks. If you bought into these stocks then you need to be responsible for your trades. Sir Plunger stated many times that these were speculative stocks and the volatility would be great. That is the nature of these types of trades, big risk equals big reward if it works.

One of my first big life changing trades took place back in 1991 just before the start of the first Gulf war. I was in the middle of raising a family so extra cash for investing was hard to come by back then. I set a goal the year before to save $100 a week to invest in the stock market and when I built it up to $5000 I would begin to invest it.

Back then charts were hard to come by unless you made your own charts on graph paper which I had been doing for years. Stock quotes were delayed by 15 minutes and fractions were still being used. You talk about the Stone Age.

In the fall of 1990 the saber rattling began and it looked like the US was going to go to war with Iraq. I still remember how negative the environment was when it came to the stock market. Analysis were saying if we went to war the stock markets would collapse as we were going up against the 5th largest army in the world and no one knew how the war would go. The economy was going to go into a bear market because oil was going to go through the roof. Nothing positive was ever mentioned just that the world as we knew was going to dramatically  change.

By the end of 1990 it was inevitable that we were going to war, but it was just a matter of when. By that time I had saved nearly $5000 to invest in the stock market. The INDU was basically in a bear market for most of 1990, but there was a glimmer of hope when I began to recognize a possible small H&S bottom with the head forming in October. The INDU rallied about 300 points which was a lot back in those days into Christmas. Then came the beat of war drums stating in early January of 1991. Over a period of two weeks the INDU lost 200 points when it was certain the US was going to war. It’s very important to understand how negative every one was at that time. What is going on with North Korea today is nothing compared to January of 1991.

I had dabbled in options back then but never had much luck. I learned it was a tough game to be successful at, but I knew the basics. What I was seeing on the daily chart was a possible much bigger H&S bottom with the 200 point decline in January being the bottom of a possible right shoulder low, using the neckline symmetry line. It was a tough decision to make but I decided to use the $5000 I had saved to buy some out of the money call options on the OEX 100. Over a period of 5 days I had bought a ton of cheap options for 1/4 and 3/8’s that were going to expire in less than four weeks on the third Friday in February spending the entire $5000.

When I look back in hindsight it was probably the dumbest thing I could have done. I worked my butt off for a year to save $100 a week and I was going to blow it all in less than four weeks.

Below is a static chart I built years ago when I first subscribed to stocks charts to see what that trade looked like if I had had stock charts at my disposal. In January of 1991 you can see how the price action was testing the neckline symmetry line, red circle, while all the saber rattling was taking place. I had all my options bought and now I had to wait for the start of the war which no one really knew when the actual day would be. I can still remember vividly when the war started. We were eating supper when a special report flashed on the TV saying we were bombing Iraq. In those first few hours no one knew what as going to happen, but it was the first time I seen a thing called a Smart Bomb. By morning it was clear the war was not going to be a bad as everyone feared.

The INDU gapped up over 100 points on the open as everyone was so relieved, but my out of the money options still had a long ways to go before they got in the money. As the price action reached the neckline area of the larger H&S bottom the INDU built out that beautiful red bullish rising wedge which was a sight for sore eyes.

My plan was to hold all the options until the Friday of expiration because back then it seemed like the INDU would rally into options expiration. I also used a simple sell/stop method of moving my sell/stop up to just below the previous days low. Once the options got into the money they exploded in value. Options I had bought three weeks earlier for a 1/4 were selling over $4.00.

I managed to hang on until the Thursday before expiration. It’s hard to see, red circle at the top of the chart, but that day the INDU had a pretty good selloff so I just called my broker and said lets sell. In just over three weeks I turned that $5,000 into $120,000. Had I stayed just one more day and sold my options at market on close they would have been worth $143,000 as the INDU rallied strongly in to options expiration.

I remember my broker calling several times a day when the options started running wanting me to sell and take my profits, but I held my ground and was going to be responsible for my actions win lose or draw. It was a great learning experience for me in more ways than one. Unless you go through something like that in real time, you won’t know the mental fortitude it takes to follow your own plan when everyone is telling you to do something different.

This one trade set off a string of events in my life that would have never happened if I hadn’t taken on the risk. I ended up buying a restaurant that ended up being very successful and by participating in the bull market in the 1990’s I and was able to basically retire at the end of the tech bubble in 2000 at the age of 50. For me retirement isn’t sitting in a rocking chair on the front porch. Retirement for me is the freedom to do what you want to do when you want to do it.

The bottom line is that you have to be responsible for each and every trade you make and don’t put the blame on someone else or the PPT, manipulation or whatever excuse many traders like to use. Sir Plunger laid out a well thought out report last weekend stating the good with the bad and it was going to be a speculative trade. Maybe it will workout and maybe it won’t, but I took my positions with the understanding that I’m responsible for my own actions and no one else. Trading in hindsight is the easiest thing in the world to do, but in the real world trading in hindsight doesn’t work. Enjoy the rest of your Thanksgiving Weekend. All the best…Rambus 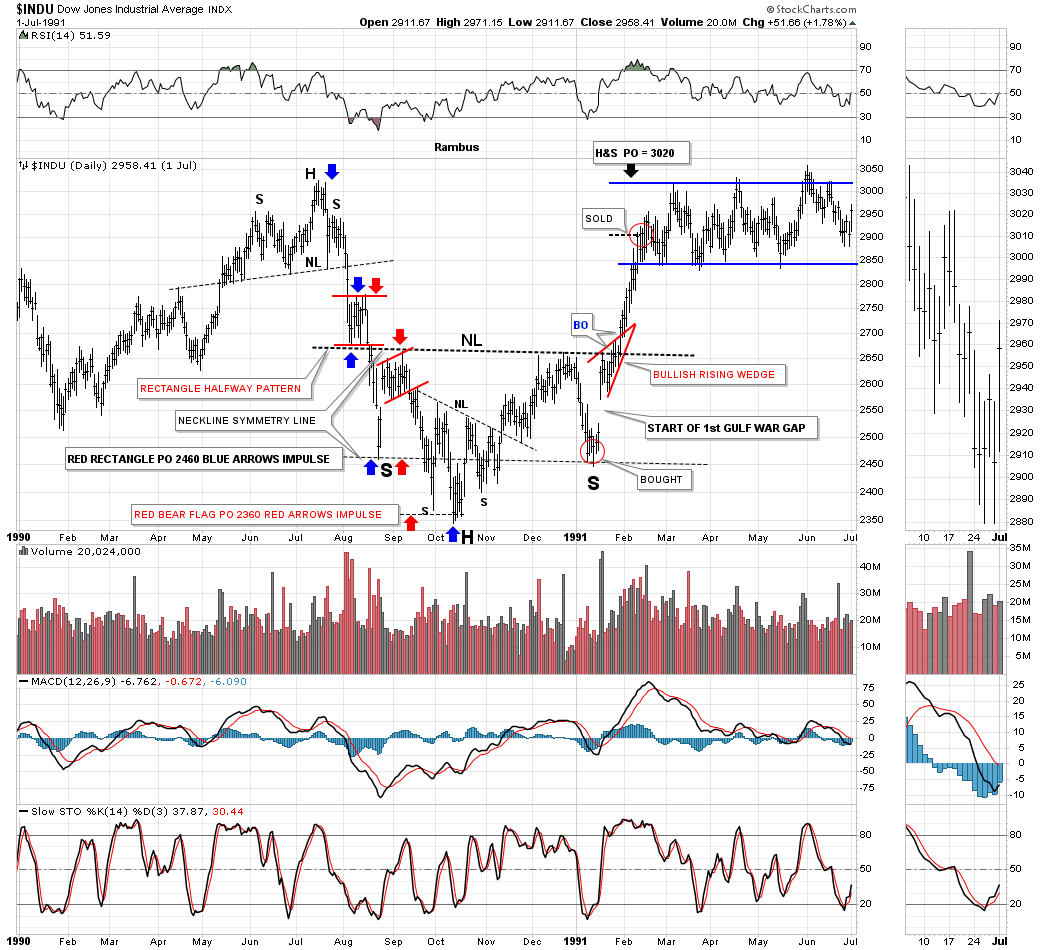