Starting at the end of the secular bull market in 2000 for the SPX gold basically traded sideways to slightly up during the SPX’s bear market into its 2002 bear market low. From 2002 until the SPX topped out in its bull market run into the 2007 top , gold rallied right along side of the SPX. How can that be? Gold isn’t supposed to have a bull market when the SPX is having one.

The SPX did top out slightly ahead of gold and had a much bigger correction than gold into 2009 crash low, but they both declined without gold producing a new bull market relative to the SPX. You can also see gold actually bottomed just ahead of SPX in late 2008 , while the SPX bottomed out in March of 2009. For the next two years the SPX and GOLD both enjoyed a strong bull market move into the 2011 high.

Again gold topped out just after the SPX in 2011, but this time gold began its cyclical bear market while the SPX continued higher with its bull market. Gold finally bottomed in December of 2015 and from that point both the SPX and GOLD have been rising together. How long will they move up together is anybodies guess, but this combo chart suggests that we don’t have to see the stock markets crash in order for gold to have a bull market. Maybe we’ll see the best of both worlds which would be good for everyone. All the best…Rambus 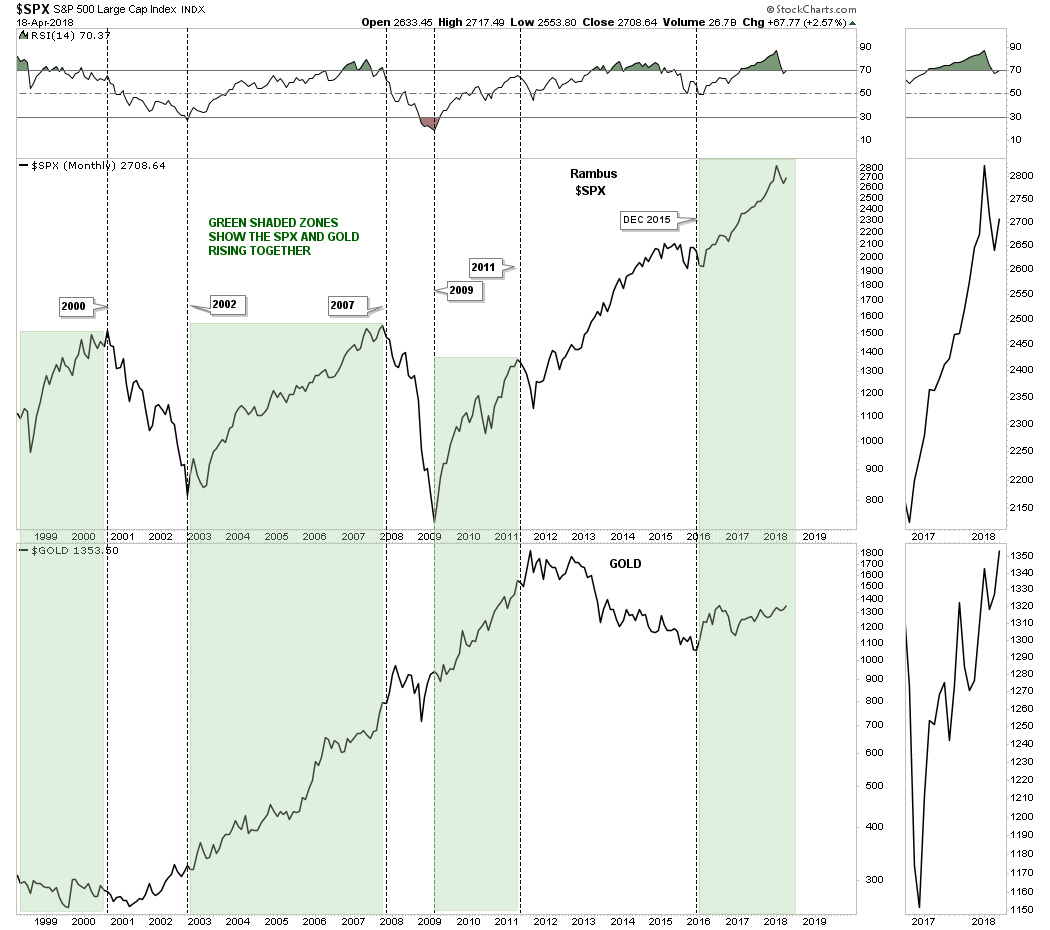