The COMPQ has had a good run since the February low, although it was quite choppy. There are two reasons I exited the TQQQ yesterday and today. The first reason is the price action has reached the top of the rising channel which at a minimum is good place to see a stock take a rest even if it’s going to eventually breakout. The second reason, the price objective was reached using the small blue triangle that formed in the middle of the trading range. 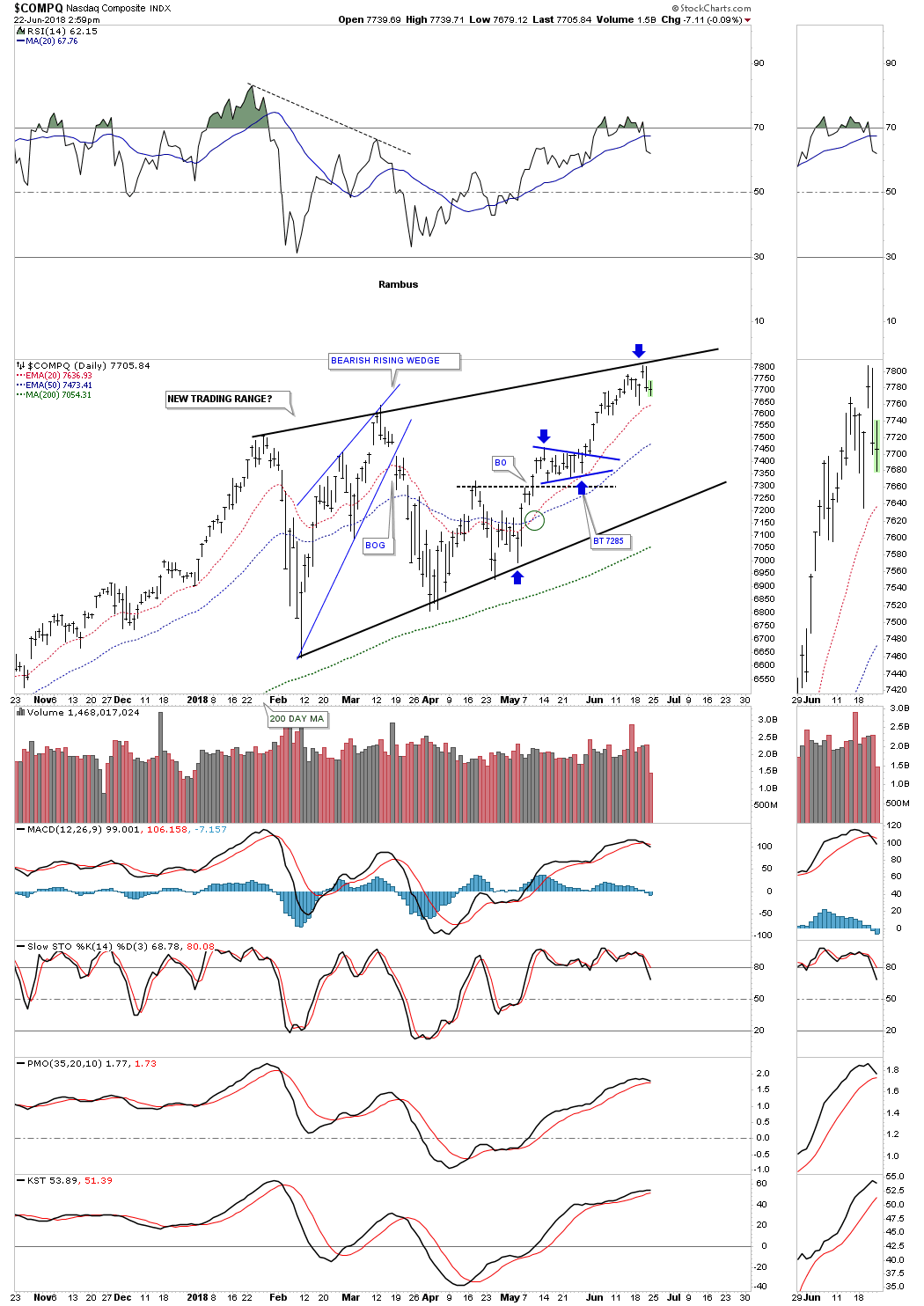 The daily line chart shows the touch of the top rail more clearly which is often the case using a line chart. 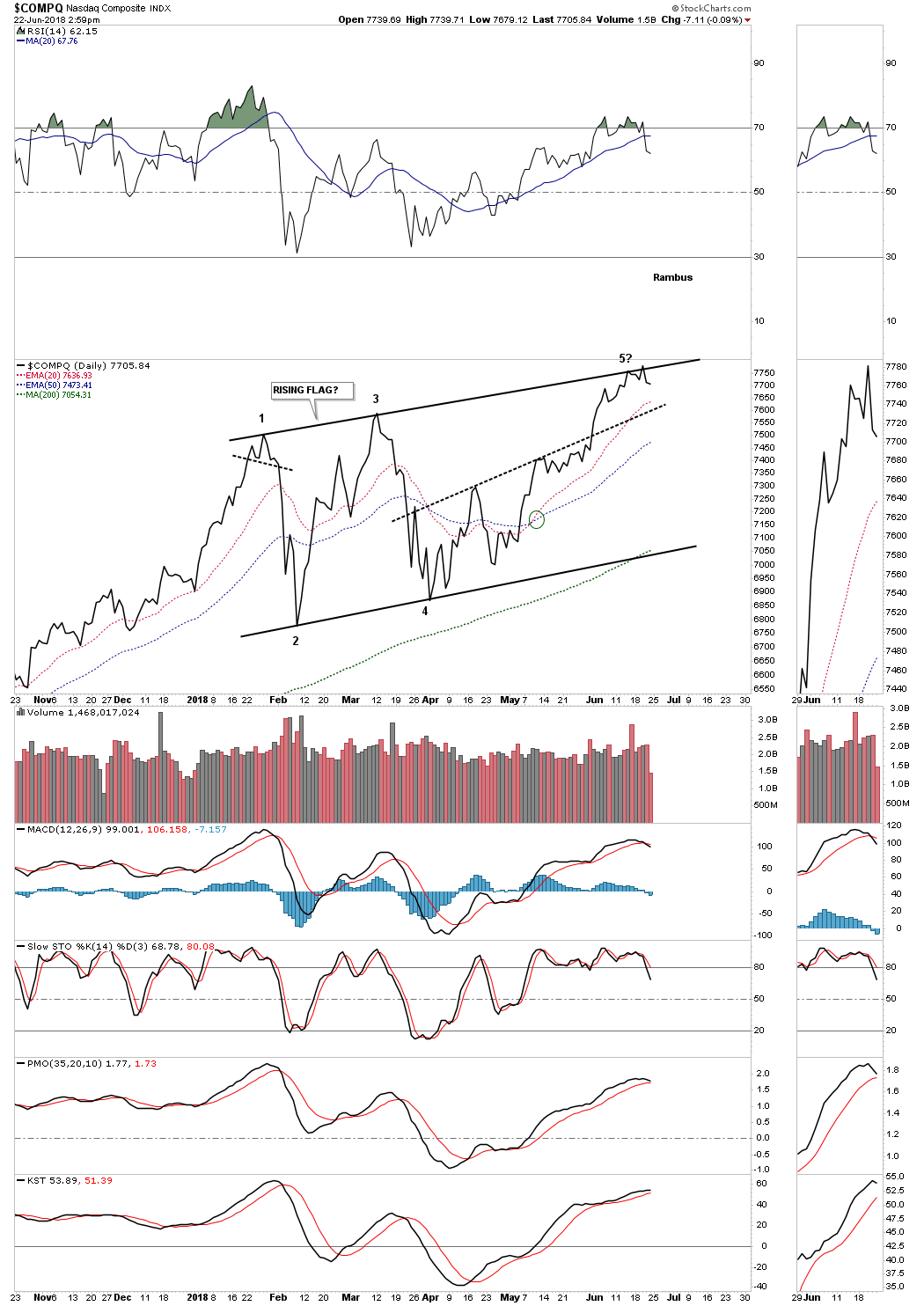 The original trading range for the INDU is getting bigger as there are now two patterns building out. Four days ago the INDU broke out from a small bearish rising wedge and may now be attempting to backtest the bottom rail again. 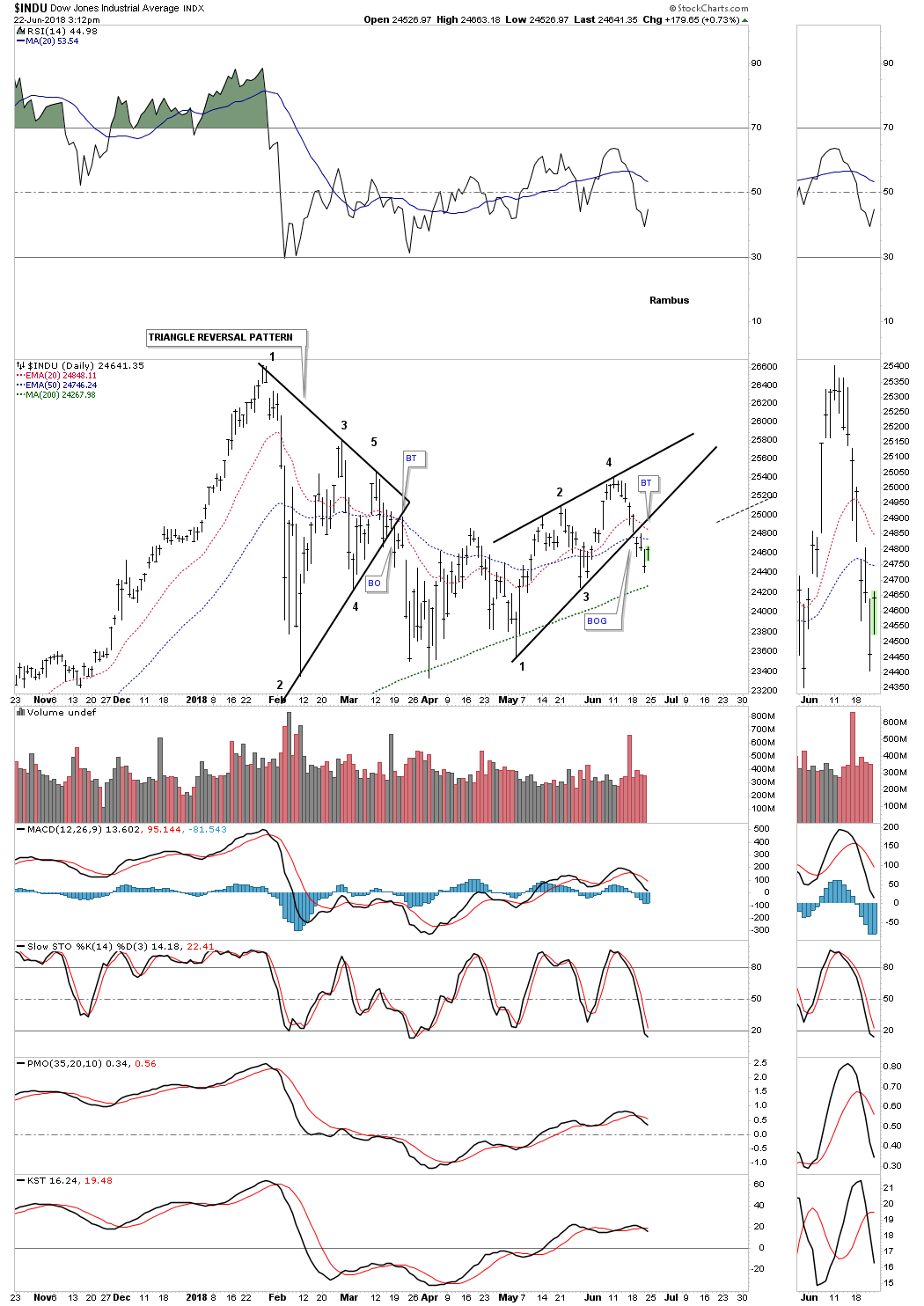 A potential bigger picture setting up. 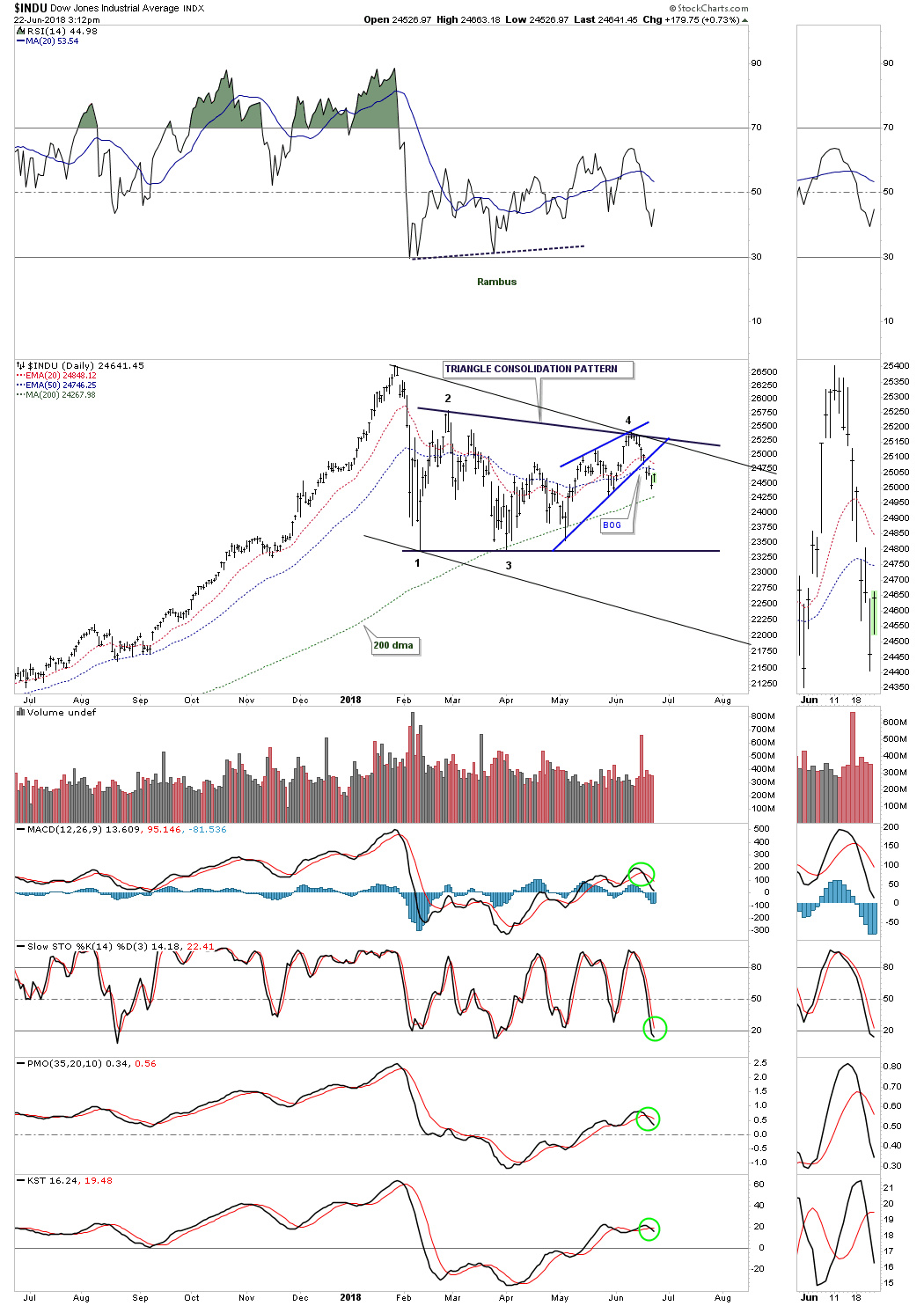 On the positive side the INDU is still climbing the bottom rail of its 2016 uptrend channel with the 200 day moving average just below it. 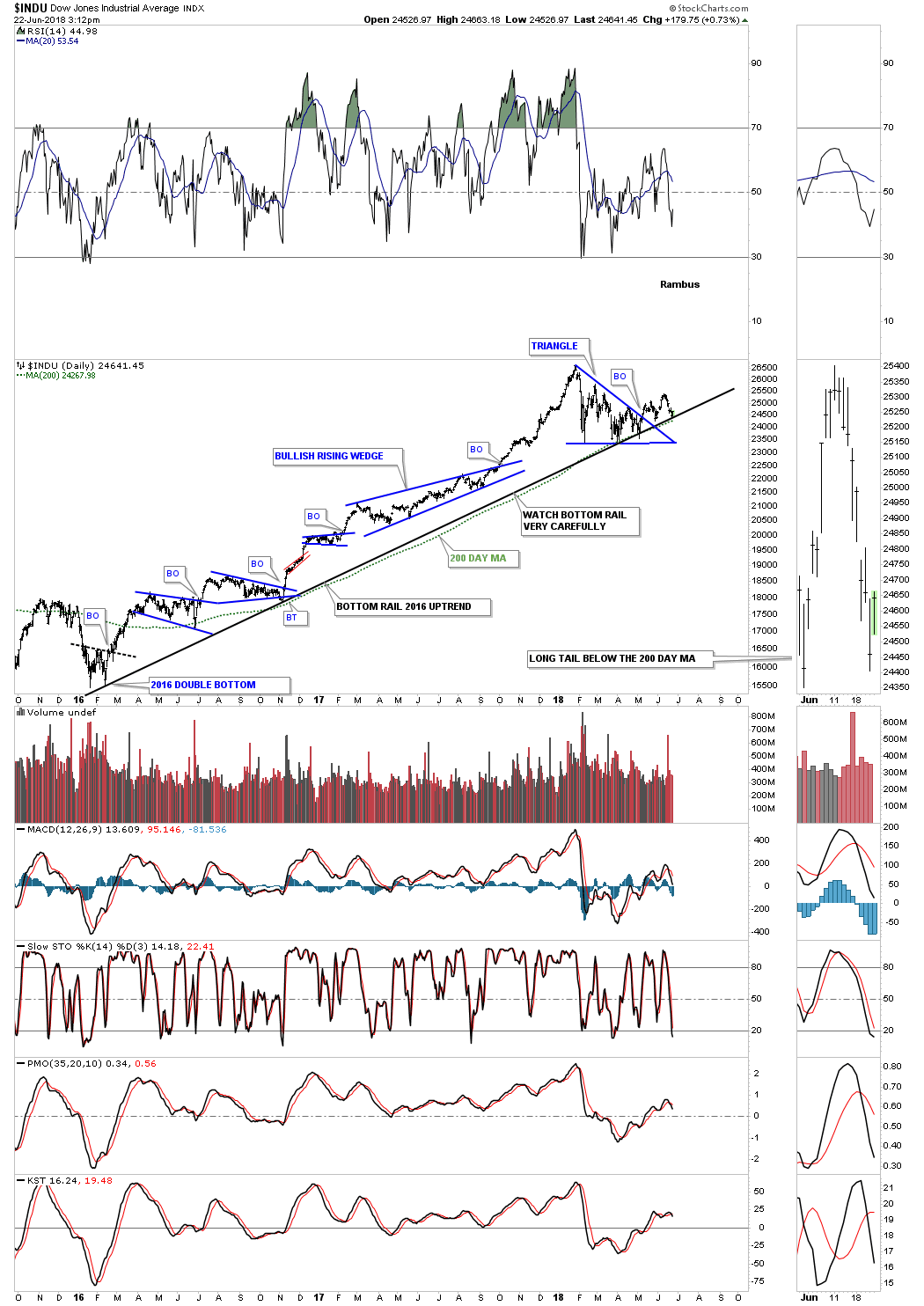 When we first began this correction I showed this long term chart which shows how a possible consolidation pattern may build out based on the 2016 impulse leg being so strong and long. I mentioned I was going to try to trade this trading range but it wouldn’t be easy vs a strong impulse move. So here we sit right in the middle of the now six month consolidation phase. 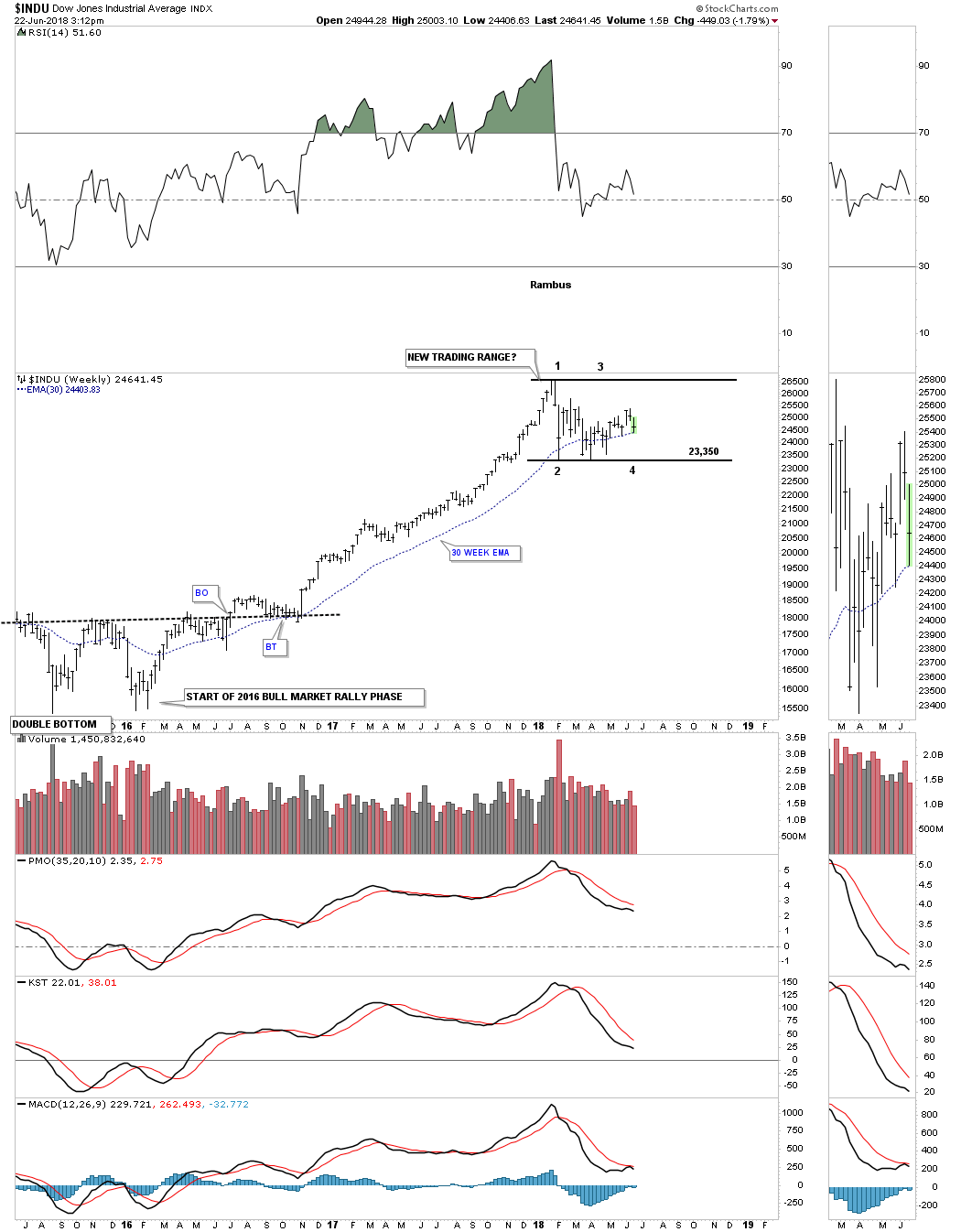