A line chart can give you a different perspective vs a bar chart which is why I like to use them both to help uncover a potential pattern. Line charts can often times give you a quicker heads when a stock is breaking out.

Below is a weekly line chart for GLD which shows you why I’m so concerned about the PM complex right now. As you can see this weekly line chart shows a triple top with the breakout in progress. My biggest concern is that we could see some reverse symmetry to the downside as shown by the blue arrows. Many times how a stock goes up is how it may come down over that same area especially when the move was strong.

Note the tops at the 2016 high at reversal point #1 and the 2018 top at reversal point #3 in the 2016 triangle. After the initial breakout from the top in 2016 the price action backtested the top trendline which produced the right shoulder of a bigger H&S top and then came the strong impulse move down. Some of you may remember the 2018 top  when GLD was trying to breakout to a new high but could muster up enough energy to do so. I said if the bulls were in charge that it was time for them to step up to the plate but after 4 hits of the top rail the bears finally won the battle with another strong impulse move to the downside.

At a bare minimum we currently have a reversal pattern in place, triple top, that is reversing the last impulse move up. There is not a lot of support to slow down a move lower which is why we could possibly see a strong move to the downside, reverse symmetry. 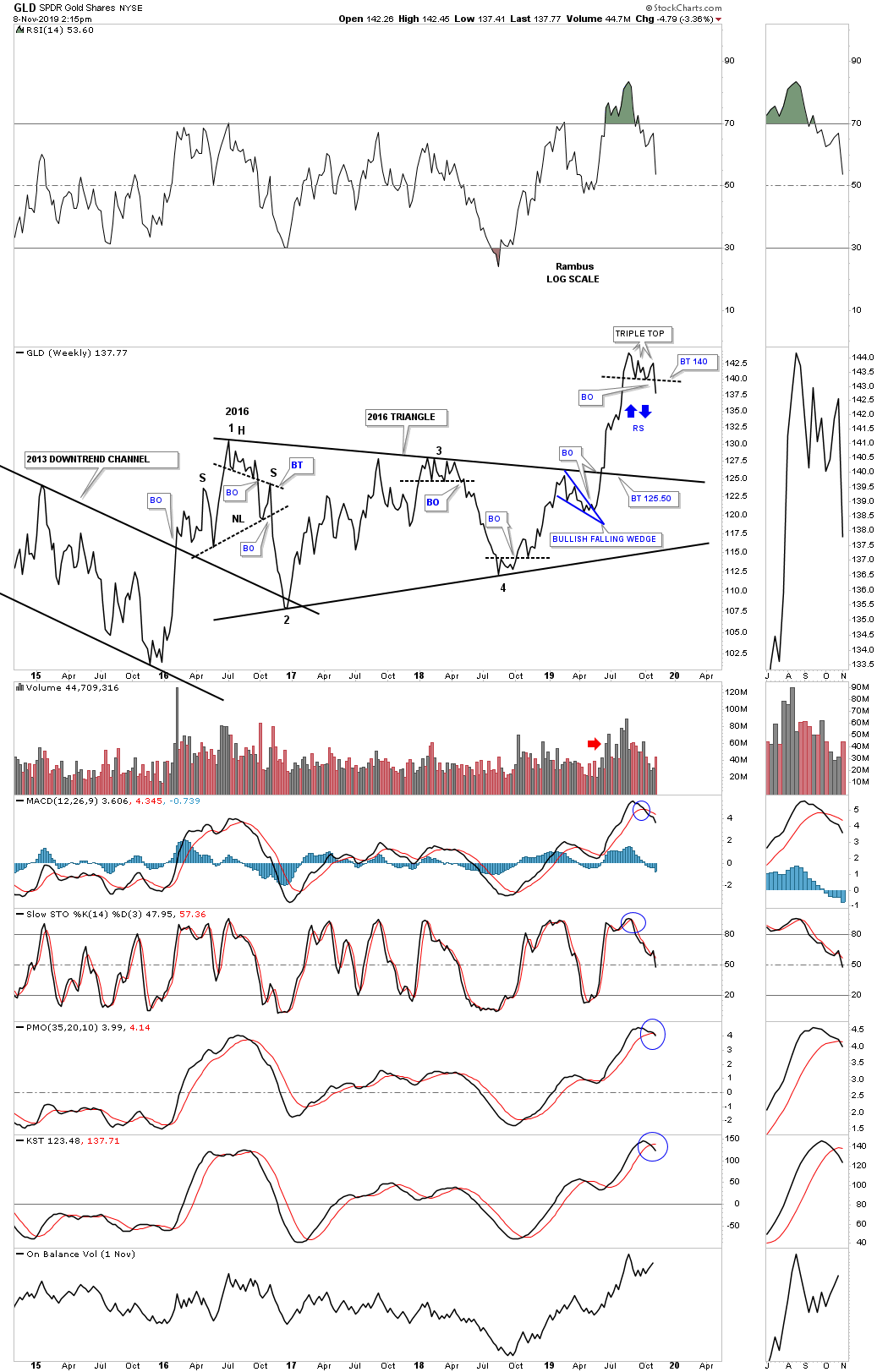