Rambus was navigating his subscribers through a waterfall decline in the Precious Metals.

An Historic Waterfall after the Epic Run to almost $2000 .

For most Goldbugs this was a horror story as they watched their massive profits from the Great Gold Bull rapidly slip away. Most were frozen in the headlights.

My personal experience was ..I had been through this before in the 2008 GFC smackdown where I lost 80% of the value in my pf .

I had a chance to heed Rambus warning back then as he was posting for free at Goldtent..but NONE of us believed in his warnings…

This time as Manager / Editor of his new Rambus Chartology Website I did take his advice and protected about 60% of the profits when the $HUI had a breakdown of it’s massive H and S Top.

Rambus Posted this piece on Oct 9 2013 . (See Arrow on chart) But it would be 2 more tortured long years before the pain would stop at HUI 100! 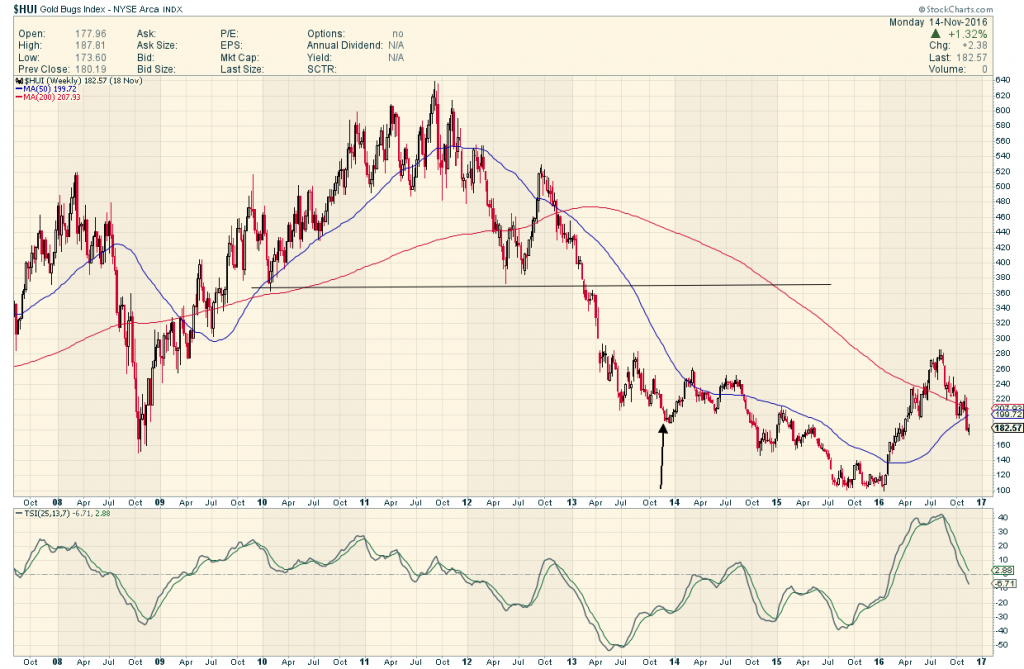 Take time to study this post as if you were there in real time. Many nuggets in here

ANATOMY OF AN IMPULSE MOVE