I just want to show you what I think is happening right now with the HUI. You can see the blue bearish falling flag that actually started out as a bearish falling wedge but morphed into the falling flag. Same bearish setup but the original pattern just morphed alittle bit. This morning the price action gapped below the bottom rail of the red triangle that has formed within the blue bearish falling flag. The price action is now sitting on the bottom blue rail. Its totally possible that we get a backtest to the bottom rail of the red triangle before we move lower. If we do then I’ll take another 1/3 position in the Kamikaze Portfolio with the capital we raised yesterday when we got stopped out of our DSLV trade. The blue arrows shows how I measured the blue bearish falling flag as a halfway pattern that shows the price objective to the previous low made last May. Important note here. That May low is also where the neckline form the big H&S top comes into play. Things are starting to get interesting again after the long chopping action over the last several months or so.

Below is a weekly chart that shows the price action in the red circle that has been backtesting the long black dashed support and resistance rail that goes all the way back to the H&S top in 2008. There is also the uptrend rail made off the 2008 low that is being backtested. The only support rail left is the top blue rail of the small downtrend channel. 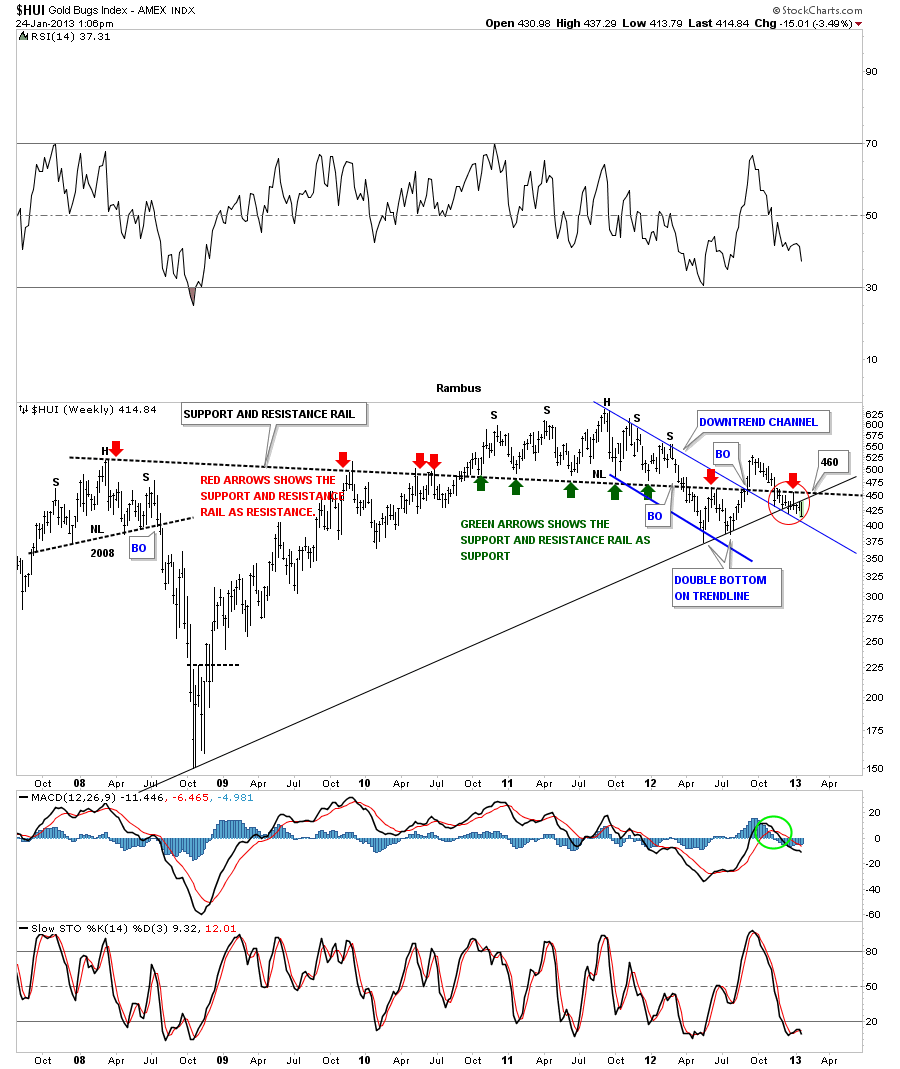 Below is a chart I built sometime ago that shows the beautiful symmetry taking place in the big picture for the HUI. This chart shows the possibility of what to expect if the neckline is ever taken out. First things first tho. A move down to the neckline is the next thing we have to see happen before we get to excited about the prospects of the massive H&S top. I actually started thinking about the prospects for the big H&S topping pattern back in December of 2011. When you live through the development of a massively large pattern like this it seems like it takes forever to come to fruition. But as long as it keeps on developing the way that you envision you have to think you might be on the right track until something derails your idea. 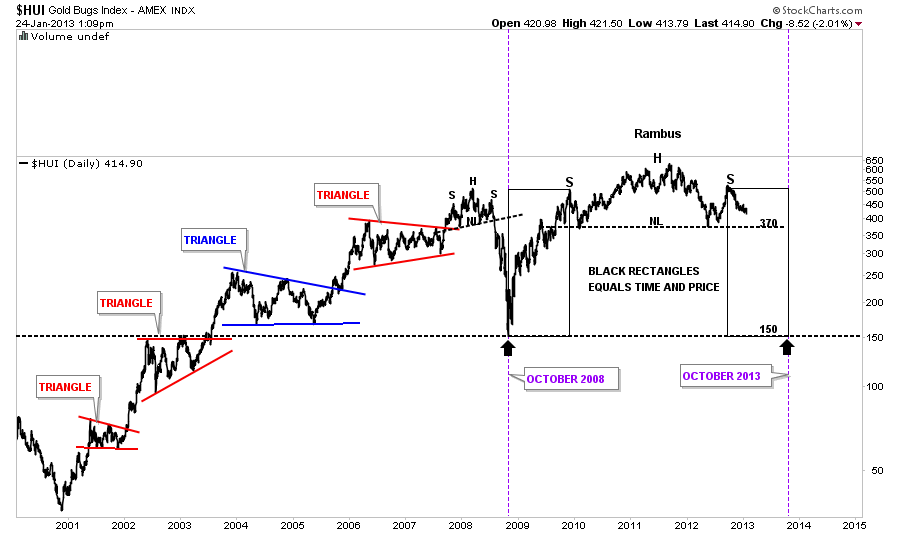