I’m headed out to do my civic duty and vote. I have no idea how long it will take so I’m going to post this chart now.

For those that have been with Rambus Chartology for awhile know about this long term monthly chart that goes all the way back to the late 1970’s which I call, The End of the World History Chart. It is a satirical look at all the important lows that felt like the end of the world if you were trading back then. Every time there is an end of the world type of event I just add it to the chart to see what happens. The 2020 crash was the latest end of the world event in which I stated, “end of the bull market or a great buying opportunity,” shortly after the low was in place.

I recently added the presidential cycles to this chart so you can see how the COMPQ responded to a Republican or Democratic president. I won’t go into detail as it is pretty self explanatory. The green shaded areas show what the market did when a Republican was in office and the blue shaded areas show what the stock market did during a Democratic president.

My cup has been and still is half full regardless of all the conspiracy theories that are so widespread right now which probably seems pretty naive to many of you. We are entering into a technological revolution that is just being born that is going to change the world in ways we can’t even imagine yet whether we like it of not. I’ve touched on it a time or two in the past and nothing has changed my outlook on what is about to take place over the next 5 to 10 years.

For those that want to fight the last battle and expect the world to come to an end be my guest. I’m going to look to the future which is not going to be perfect by any stretch of the imagination, and welcome change which is the lifeblood of being a human being.

I hope you take the time to cast or vote if you haven’t already done so. All the best…Rambus 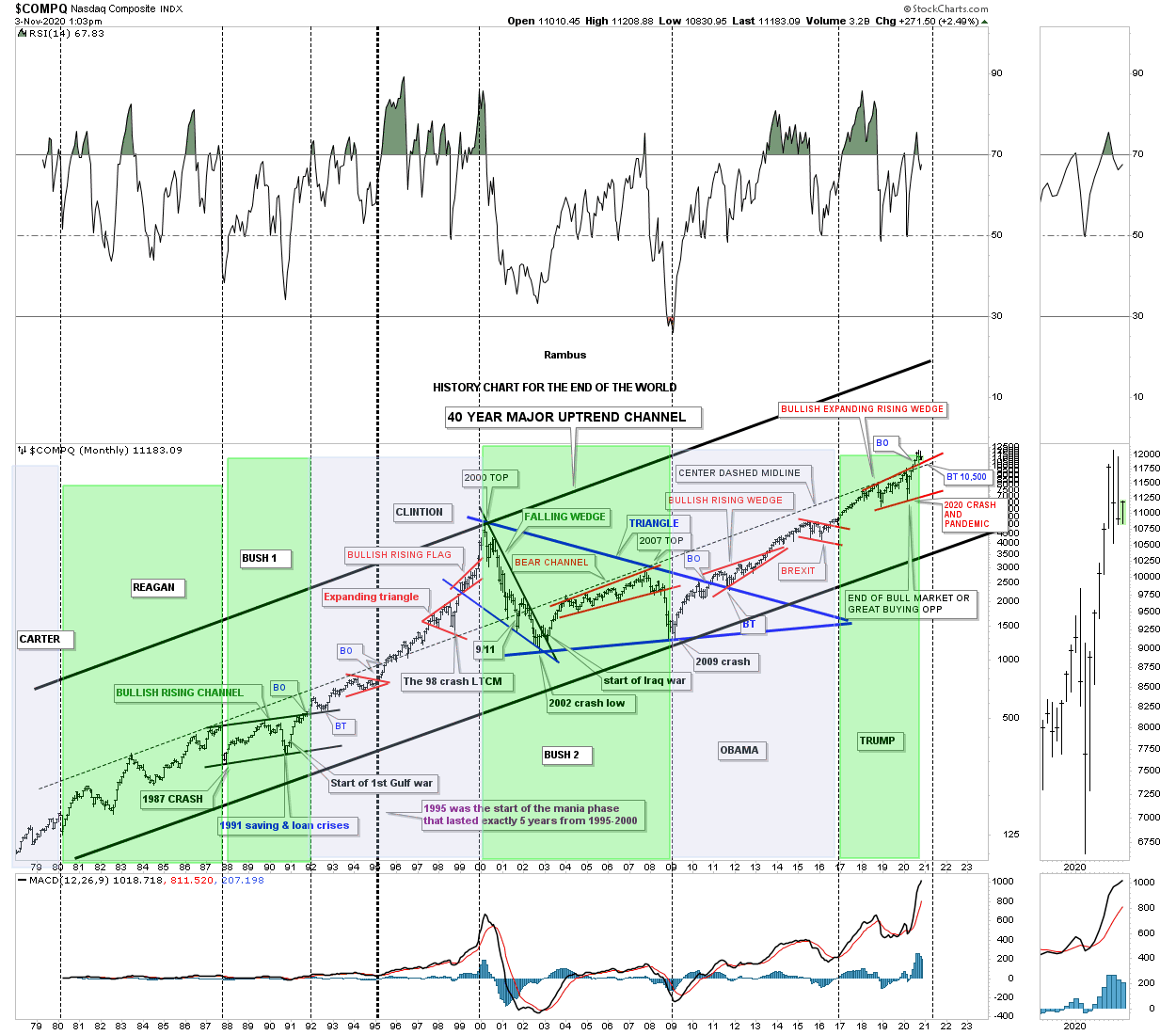